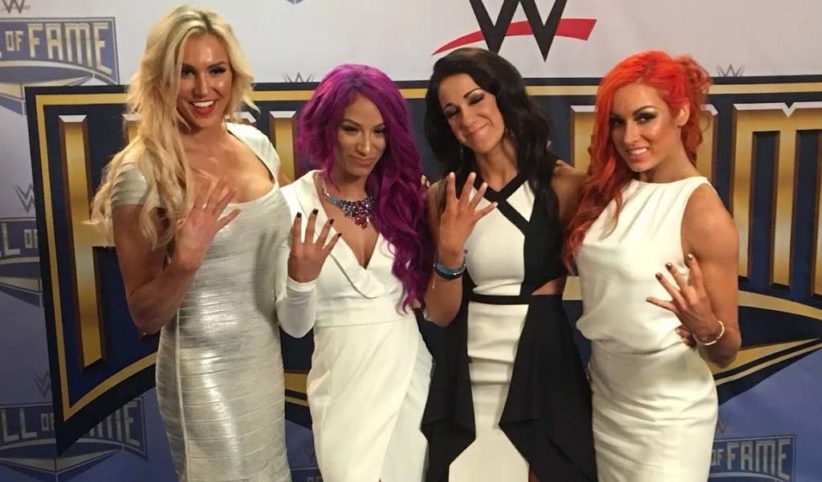 It’s a historic night for the Four Horsewomen of wrestling as Sasha Banks, Charlotte Flair, Bayley, and Becky Lynch will be in the ring together for the first time on Raw in a storyline that involves just the four them.

All four have come a long way from their early NXT days and not only they have stole the show many times down in Orlando, but now, they’re constantly doing on the main roster. For all of them, sharing the ring together tonight in Madison Square Garden is a pretty big moment in their career.

Speaking to ESPN.COM, all four discussed their upcoming match in a loaded show that will go head-to-head with the first episode of Monday Night Football on ESPN as well as what the future holds.

Sasha told ESPN that it’s somewhat crazy to be in that ring will all of her friends that she started with and she hasn’t shared the same ring with all of them in a very long time. Bayley echoed her statement, saying that all four of them will always be tied together somehow and it will be a special night as it’s one of the few times that all have been in the ring together on the main roster.

Becky said she hopes that they will main event more pay-per-views in the future and WrestleMania 35 wasn’t just a one-off while Flair firmly believes that one of these years, a fatal four-way match between all of them will headline WrestleMania.

You can read the full interview on ESPN.COM.