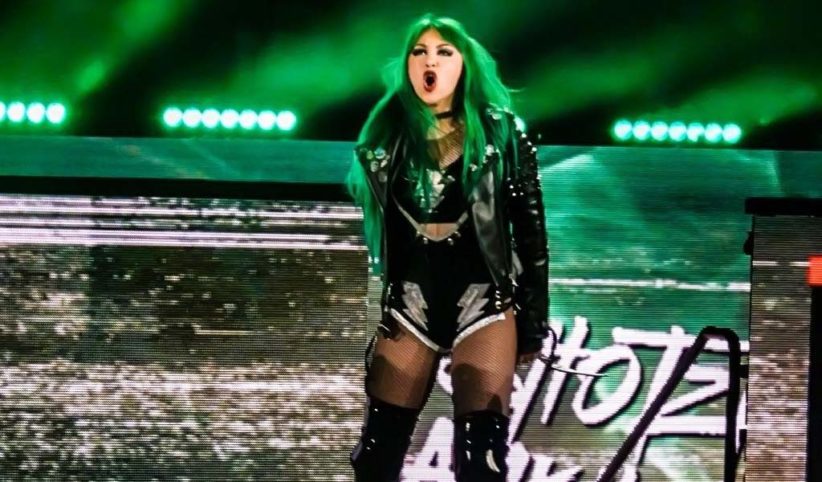 Shotzi Blackheart’s stolen vehicle, along with her wrestling gear and most importantly, her helmet, were recovered.

Blackheart uploaded a video as she was being driven to the location where the car was found by fellow NXT star Jake Atlas. Already in her wrestling gear and a toothbrush in her hand, Blackheart said she just had a call while she was brushing her teeth to let her know that the vehicle was found.

A couple of police cars from Orlando PD and Orange County Sheriff’s Department were on location when Blackheart arrived and she told them she doesn’t really care about the car but she does want her helmet!

“Moment of truth,” the police officer said as they opened the trunk of the car. Shotzi starting jumping up and down as she realized all her gear was still in the back and was reunited with her precious helmet. She then explained to the officer the meaning of the helmet.

The car was involved in a collision of some sort as the airbag was deployed and the front side was also a bit wrecked.

Amway Center in Orlando set to host this year’s SummerSlam