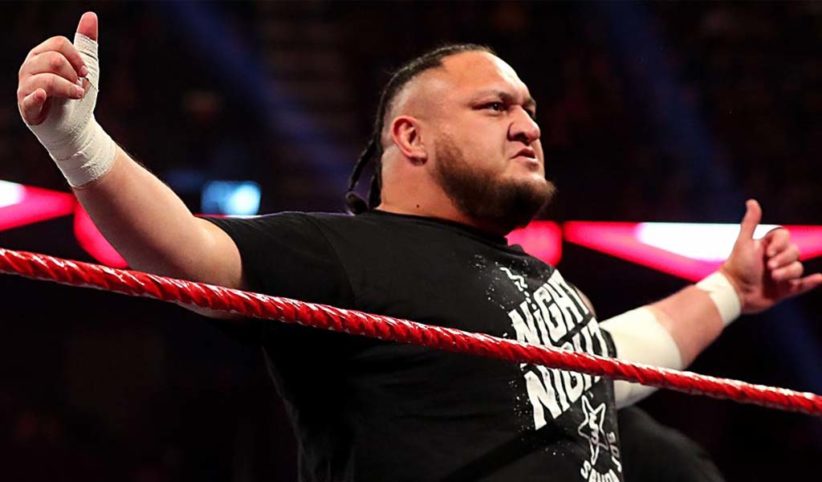 WWE today announced that Samoa Joe has been suspended for 30 days effective yesterday, February 24. This is his first violation of the Wellness Program.

The former NXT champion suffered two concussions within the span of a month and the latest one happened while he was filming a commercial for WWE two weeks ago, hitting his head on a table that was supposed to break.

The suspension means that he will not be part of the Elimination Chamber pay-per-view and will make it just in time for WrestleMania.

U.S. champion Andrade, who was suspended last month, will be returning at Super ShowDown.