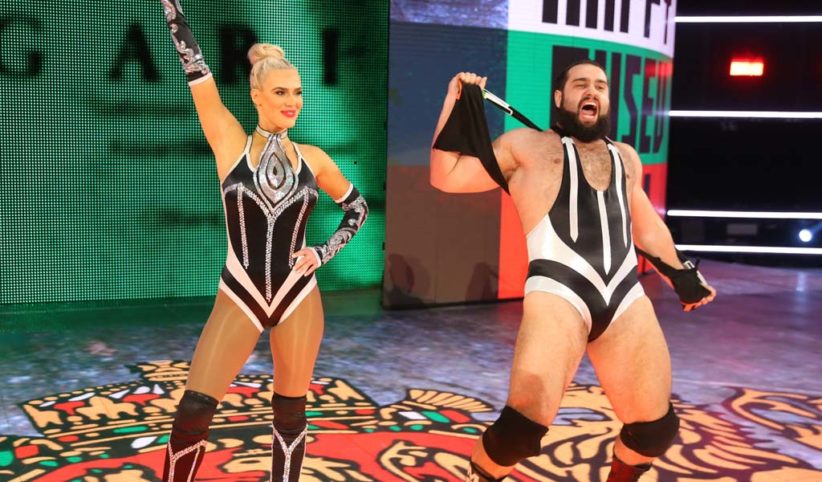 WWE couple Rusev and Lana appeared on the latest episode of Drop The Mic on TNT for a rap battle against the NBA’s Mavericks and AXS TV owner Mark Cuban.

The two sides took funny shots at each other, with Rusev dissing Cuban about the Mavericks not even making the playoffs and comparing him to Elon Musk and being a Jeff Bezos wannabe. He also took a shot at Cuban for his wife marrying him “for his looks” and indirectly said that she’s a gold digger. Lana also took the mic and said she’s starting a charity for his wife’s sexual needs. Lana finished her rap by twerking in front of Cuban.

Cuban did not hold back one bit either, calling Lana a mail-order bride and an Anna Nicole look-a-like. He dissed Rusev for being a “lamer John Cena” and for having bigger tits than Lana. Cuban said he wrestled Orton and Sheamus while Rusev looks like a hybrid of a man and a grizzly bear anus. Cuban also made fun of Rusev asking him how much Lana charges him every time he gets laid.

The hilarious battle went to around four minutes and at the end of the battle the crowd were more behind Rusev and Lana so host Method Man declared them the winners.

You can check out the funny video below.