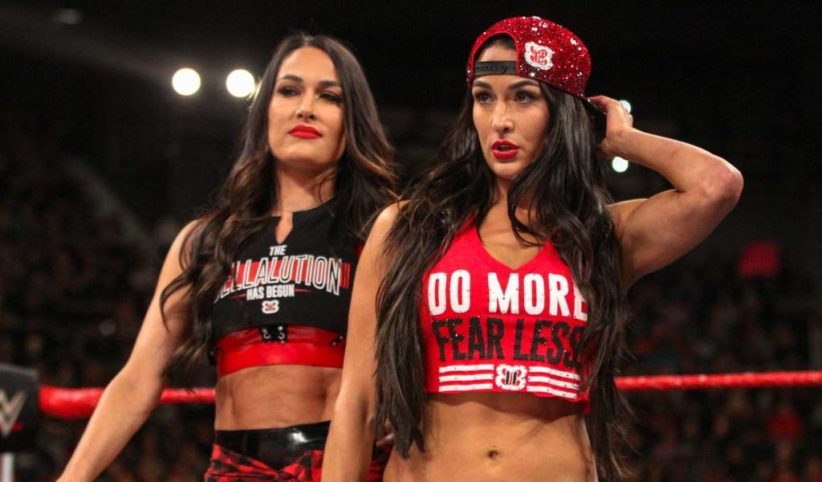 In a story on the New York Times, Nikki and Brie Bella discussed how they were still able to film for their show Total Bellas while pregnant and during a pandemic.

The new season of Total Bellas, which premieres later this year on E!, will cover the twins giving birth.

Nikki and Brie said that they live right next to each other in Arizona and there’s “zero property line” between their homes, with the two roaming freely between the two properties. Brie described it as a “mini compound” and like this, they never feel alone.

Describing her mornings, Nikki said, “I literally just walk over, the majority of the time in my robe and slippers, just walk into Brie’s,” she said. “If she’s cooking food, I guess I have the expectation that there’s some for me.”

Having to properties adjacent to each other helped with the filming, with a skeleton film crew living nearby in Airbnb rentals.

Producers and camera crew are required to wear a mask while in the presence of the twins and they have their temperatures checked multiple times a day and maintain proper social distance from behind the camera.

The majority of the filming wrapped up earlier this month but two crew members remained there in anticipation of the twins giving birth.

The NYT remarked that E! cameras will be banned from the delivery room and any footage that will eventually end up on Total Bellas from there will be taken by the twins’ respective partners.