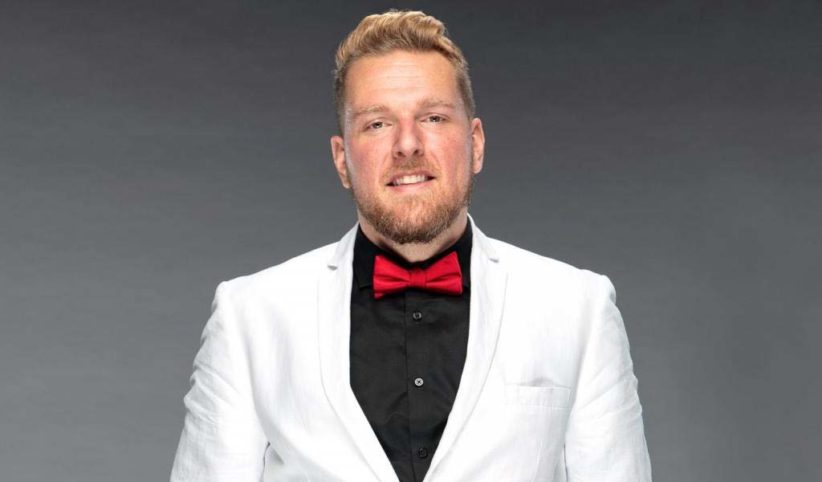 Things heated up even more between Adam Cole and Pat McAfee last night on NXT, an episode which ended with Adam Cole getting knocked out by a kick from the former NFL player.

McAfee, who took a break from his honeymoon to appear on NXT, was on guest commentary during the main event which had The Undisputed Era trying to regain the NXT Tag Team titles from Imperium.

But McAfee kept talking trash about Cole and Cole had enough, confronting McAfee at the commentary booth, telling him that he’s standing a few feet away from him and can hear everything he says. McAfee said that he’s just trying to have fun and joking but Cole told him to chill.

To help him chill, Cole grabbed a bottle of water and threw it at McAfee. Several referees along with Triple H and Shawn Michaels came out to diffuse the situation. McAfee appeared to be leaving but then returned and told Cole that he will always be a “tiny, itty bitty, short, little bitch!”

At that point, Cole climbed over the commentary booth as he was being held by everyone, telling McAfee, “I am going to kill you!” At that point, McAfee got into his old NFL kicker role and punted Cole in the head, laying him out.

Triple H pushed McAfee pretty hard twice as officials tended to Cole who was on the floor out cold. “Very unprofessional place you guys got,” McAfee said as he exited Full Sail University.

McAfee and Cole seemingly “made up” earlier in the day, with photos of them shaking hands published on social media and McAfee thanking Cole for the opportunity to chat with him.