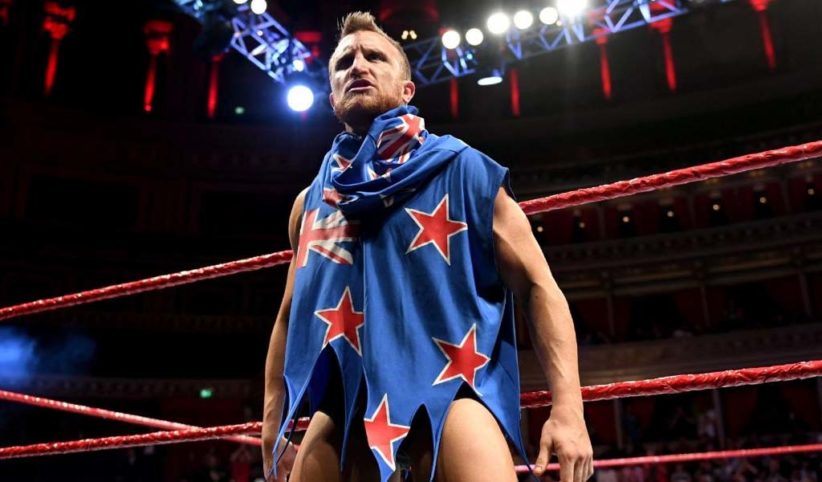 McKenzie wrote that when she was 17 years old and training under Banks, they had a secret, one year relationship in which he wouldn’t speak to her or be near her in public just in case somebody finds out. She claims he cheated on her multiple times in front of her and was horrible to her overall, effecting her mental health and self confidence.

“I hated wrestling and the person I became when I was with him. Regardless if the relationship was good or bad, which it was honestly vile. He was my trainer and abused his position of power. I hope no one else has to go through,” she wrote.

Responding to the allegations on Twitter, Banks said that Millie was a trainee of his at Flight Club: Pro and a close personal friend. “We would be at shows together, attend the same social events, travel together and hang out at the wrestlers house where I was living. It was through this friendship a consensual relationship was formed,” he wrote.

He added that the relationship eventually broke and both “apologized to each other” for any individual actions behind the relationship breaking down. “After seeing these comments, I can only repeat my apology. I am truly sorry for any pain caused by the relationship,” he concluded.

The apology didn’t sit well with McKenzie, telling him that she never had anything to apologize for and he manipulated his position of power over her when she was 17 years old.

“This man destroyed the last years of my childhood and my confidence and love for wrestling has gone. The mental and emotional hurt you put me through is INEXCUSABLE and I am not the only one of your trainees that you’ve done this to. You are a liar, a manipulative person with no conscious and you always believe your in the right. You are NOT RIGHT. I am not scared of you anymore, you hold no power over me,” she wrote.

McKenzie also attached some screenshots of text messages between the two when on one occasion he found out which hotel she was in, found her room, and stood outside her hotel door knocking for hours while she continuously messaged him to leave.

The New Zealand-born Banks, now 33, has been working for WWE since 2018 through the NXT UK brand.

Finding a hotel I’m staying in, finding my room number and knocking on my door for hours, continuously messing me when I ask you to leave is NOT OKAY. pic.twitter.com/SKGnQjFhYj