It seems that WWE is still haunting CM Punk in one way as his beloved Chicago Blackhawks received a gift from the Chairman and CEO Vince McMahon following their Stanley Cup win.

The NHL Blackhawks Twitter accounted posted a photo of four of their players posing with the Stanley Cup and other trophies as well as a WWE World Heavyweight title replica.

“Some of the boys posed with the new hardware today. Thanks for the addition, @WWE and @VinceMcMahon,“ the tweet said, which was also retweeted by Vince McMahon.

CM Punk is an avid Blackhawks fan and was present during the final game of the Stanley Cup against the Tampa Bay Lightning. 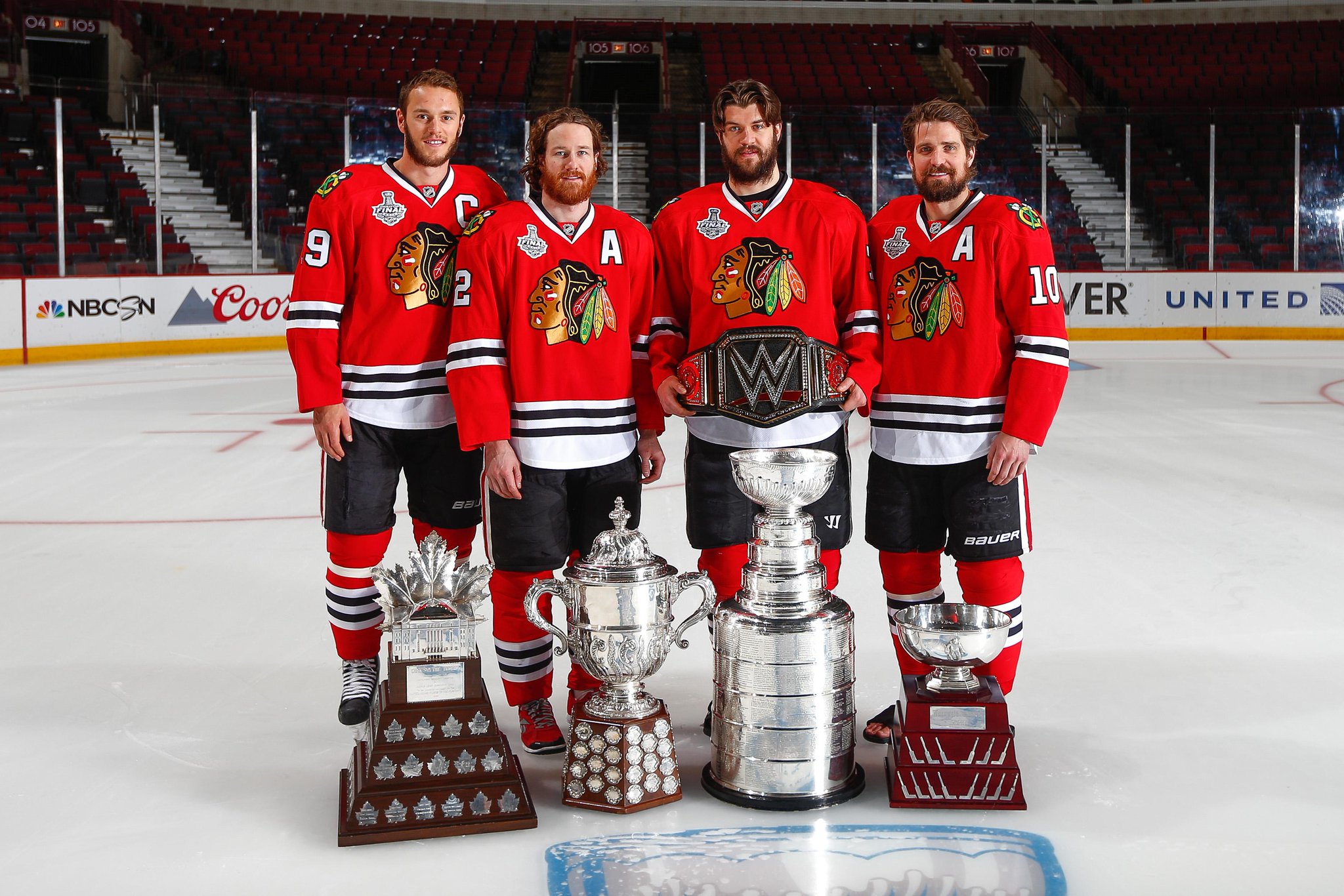