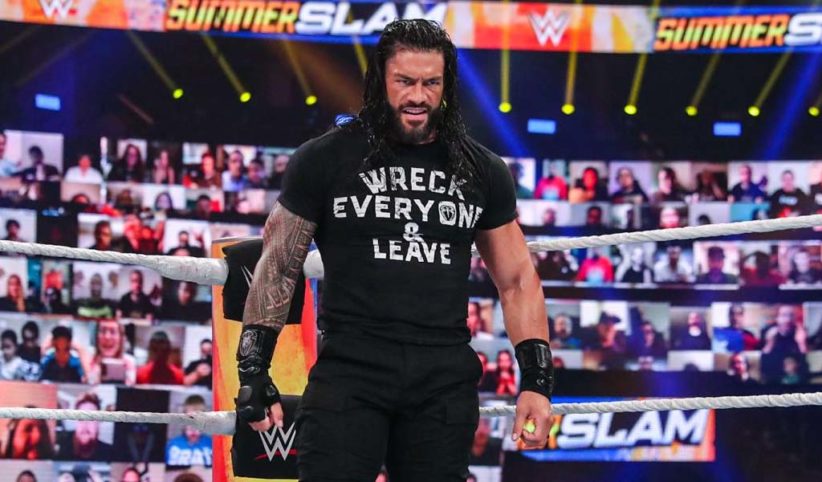 New champions were crowned last night at Payback on pay-per-view, with all the titles on the line changing hands.

Bobby Lashley was the first one to win the United States title from Apollo Crews. Lashley won the match via submission thanks to a full nelson. This is his second United States championship reign, with his first coming in May 2006.

The Women’s Tag Team title reign of Bayley and Sasha Banks also came to an end last night with Shayna Baszler and Nia Jax getting their hands on the titles for the first time. With their loss, Bayley loses her “dos straps” name and Banks is back to carrying no titles. It was Baszler who basically took down both Bayley and Banks, applying the Muta Lock on Banks and the Kirifuda Clutch on Bayley at the same time for the win.

And lastly and certainly not least, The Big Dawg won the Universal title in the triple threat no holds barred match. Reigns, as a full-on heel with manager Paul Heyman, came in halfway through the match to wreck everyone…and leave with the title. Reigns was locked in the mandible claw but he low-blowed Wyatt to escape and then landed a big spear on Strowman for the win.

Unfortunately for The Fiend, his reign as Universal champion came to an end after just a week. Reigns, who was supposed to win the title at WrestleMania 36 from Goldberg, came back and picked up where he left off.

A good SummerSlam for the betting favourites