The Money In The Bank ladder matches this year will be quite unique as the company is forced to dig deeper into their creative minds and take advantage of the fact that shows will be taped rather than live.

WWE announced that the two ladder matches – one for the men and one for the women – will not be taking place at the Performance Center in Orlando, but rather at the WWE corporate world headquarters in Stamford, Connecticut. The matches will start on the ground floor of WWE HQ and gradually move up as the briefcases will be hanging on the roof of the location known as Titan Towers, with WWE using the tag “climb the corporate ladder” for these matches.

Yesterday, Daniel Bryan and Dana Brooke qualified for Smackdown’s side and next week Drew Gulak takes on King Corbin and Sasha Banks takes on Lacey Evans in two more qualifying matches. Asuka, Shayna Baszler, and Nia Jax already qualified from Raw. Raw will see Black vs Theory, Crews vs MVP, and Mysterio vs Murphy in qualifying matches this coming Monday.

The number of Superstars for this match has been reduced to six from eight. 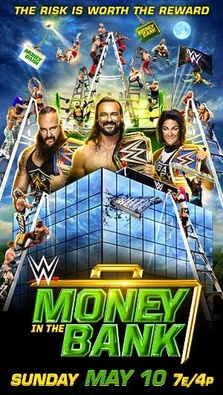 Episode six of season one of Heels, titled House Show, did 93,000 viewers on STARZ this past Sunday, up...

UFC stars who have the longest unbeaten streaks

Are you considering placing bets on UFC fights and want to know who has the longest unbeaten streaks? Perhaps...

Netflix has released the full trailer for the upcoming interactive movie Escape The Undertaker, featuring WWE's resident Phenom and...