The 13 finalists that will make up the cast of this year’s Tough Enough have been revealed. Their journey – and the journey of those who were eliminated in the process – will be documented in a special WWE Network show on Tuesday night.

The show premieres on USA Network on June 23, at 8PM EST with host Chris Jericho helped by Renee Young as well as judges Hulk Hogan, Daniel Bryan, and Paige, along with coaches Booker T, Billy Gunn, and Lita.

A photo of the full cast can be seen below. 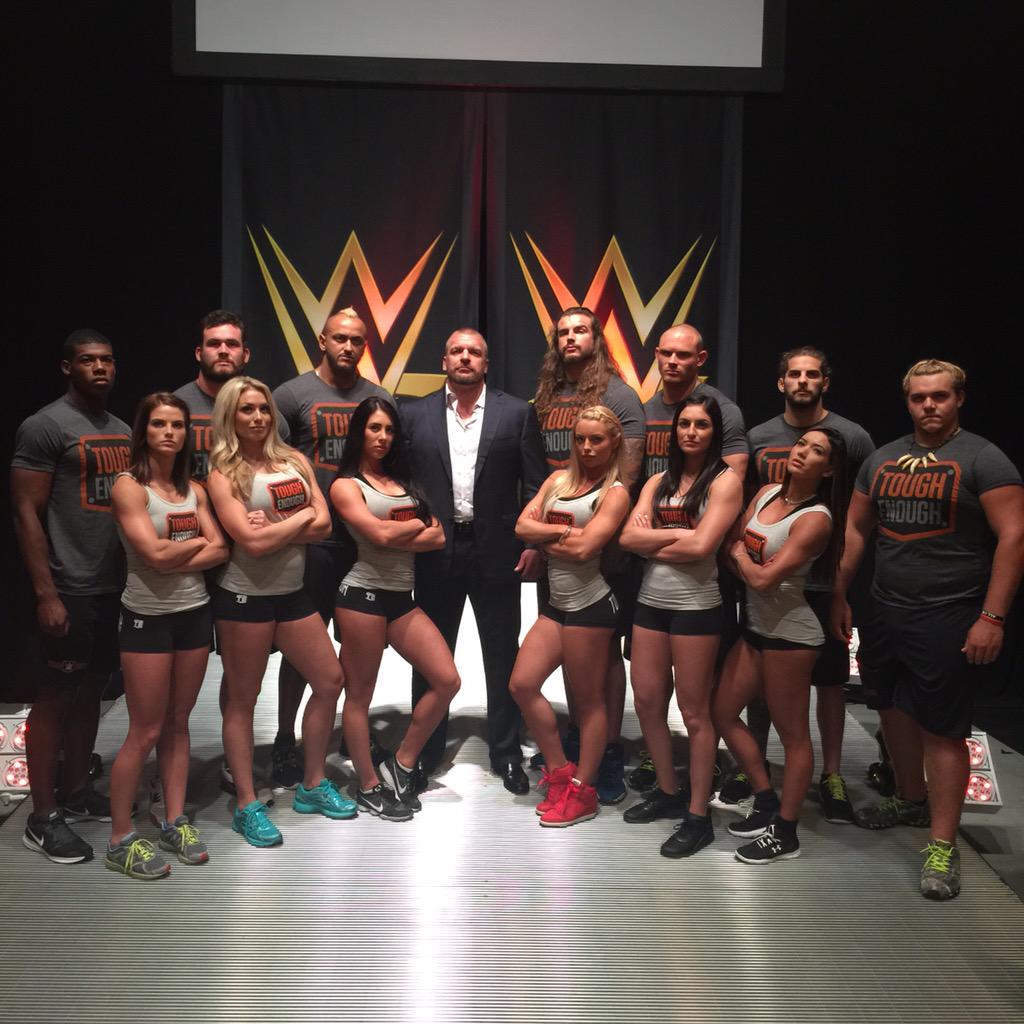