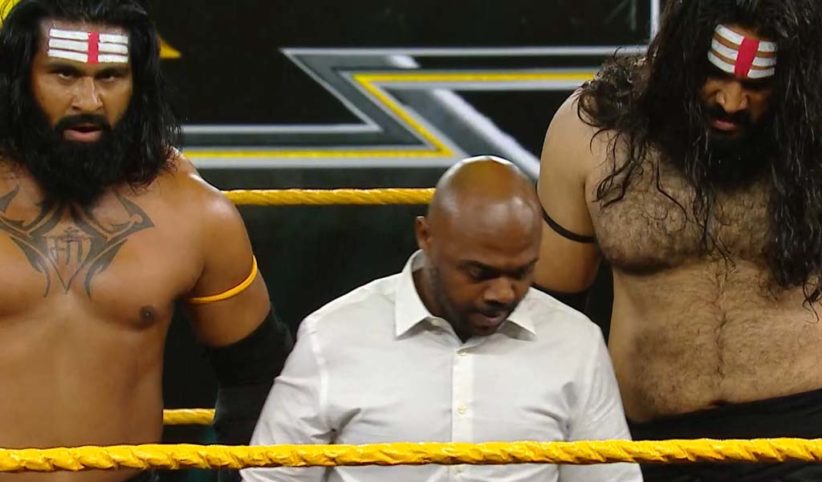 The newest NXT tag team led by Malcolm Bivens, the man formerly known as Stokely Hathaway, is composed of Rinku Singh and Saurav Gurjar, and the two made their presence felt on Wednesday when they attacked Matt Riddle.

Singh, 31, and Gurjar, 35, are both from India and both have been signed to a WWE deal since January 2018 where they have been training at the Performance Center.

Singh is a former professional baseball player who was recruited by the Pittsburgh Pirates. His story, along with that of another Indian baseball player, was the basis of a Walt Disney Picture film titled Million Dollar Arm.

Gurjar is a national kickboxing gold medalist in his country and was also an actor. He appeared in the Ring Ka King promotion which was headed up by Jeff Jarrett and TNA back in 2011 but that was his only wrestling exposure.