Local television ads airing in Hartford, Connecticut for the Money In The Bank pay-per-view next month are showing the probable line-up – minus one – for the men’s MITB ladder match.

Seven WWE Superstars – four from Raw and three from Smackdown – are featured in the advert for the ladder match. These are Drew McIntyre, Cesaro, Rey Mysterio, and Ricochet representing the red brand and Aleister Black, Andrade, and Lars Sullivan representing the blue brand. The match is expected to have eight competitors so one is missing from Smackdown.

The Raw participants for both the men’s and women’s Money In The Bank ladder matches will be revealed on Monday Night Raw by Alexa Bliss during her Moment Of Bliss segment.

The winners of the two ladder matches will receive a title shot for their respective brand’s titles and can cash in any time they want. 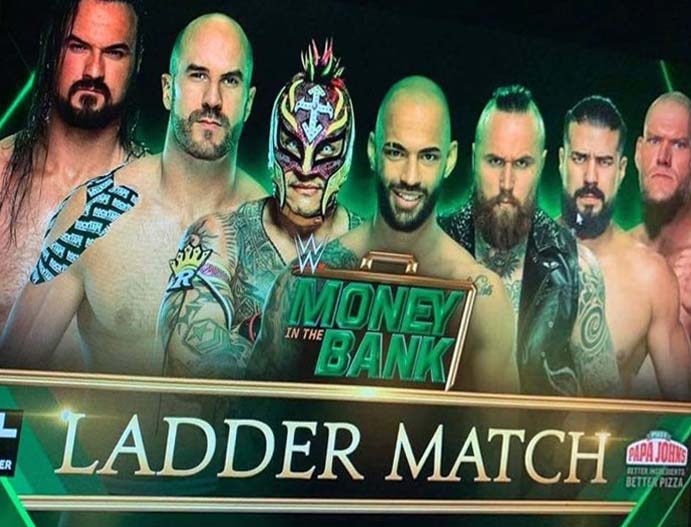