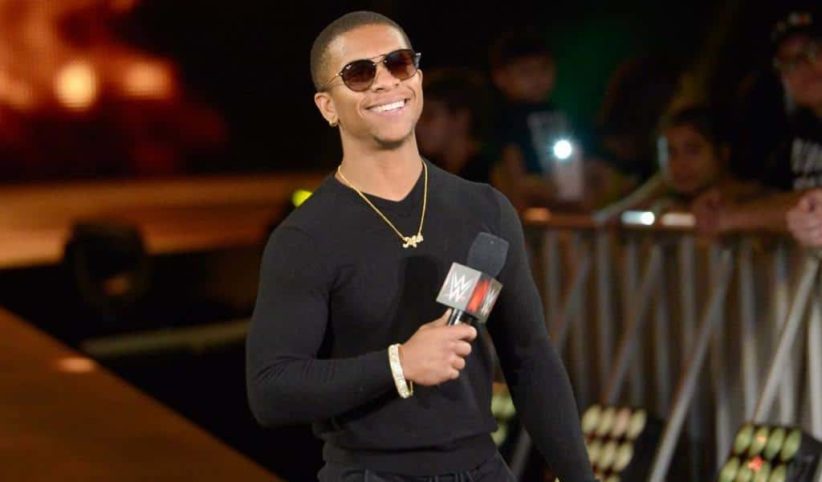 Lio Rush has not been having the best of time lately in WWE and that mainly comes at his own fault.

The star, who had so much potential after joining WWE, has been dropped from television as Lashley’s sidekick and has also been left home from the European tour that is currently going on. There are rumors that he is being sent back to NXT, being dropped from the main roster for good…at least for now.

Rush is not the most popular individual backstage, rubbing people the wrong way most of the times and also bringing in unauthorized people to the back.

Recently, Rush conducted an interview with Fightful.com where he refuted some of the many things that are said about him online. Rush noted that his frustration is with the company as he’s not being sent on meet and greets with Lashley, has not been paid for merchandise, and being “forced” to pay for his own rentals and hotels while “not making enough money” on the road. Rush even went as far to say that he is “walking around broke in the biggest sports entertainment industry that there is while having two kids and a wife to support.”

Meanwhile, PWInsider.com adds that Rush was offered a new deal that is $300,000 per year and he refused it, asking for double the offer on the table.

Rush was also pulled aside by Mark Henry, who is considered to be one of the locker room leaders and Henry said that Rush lied to his face. On Busted Open Radio, Henry said that, “If you can’t pay for a rental car, you can’t pay for a hotel with the money that you’re making every week…then you need to change the way you’re spending. You can’t blame that on the office. If you spent everything before you got it, that’s your problem.”

The 24-year-old star has also refused to do certain “chores” that typically younger talent are tasked with in the locker room as tradition goes.

What will happen to Rush remains unknown. He was nearly fired two years ago when he made a comment about Emma after she was released and was forced to apologize for his remark.

Goldberg back in training for his WWE in-ring return