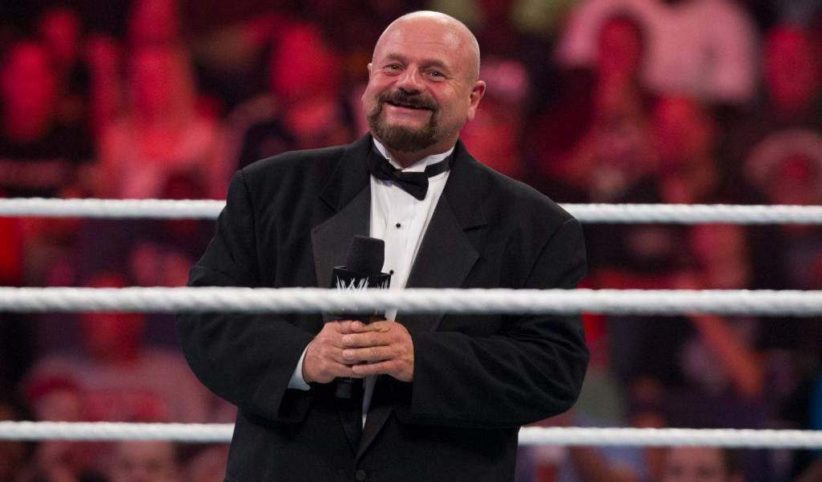 WWE reported today that Howard Finkel, better known as The Fink, has passed away at age 69.

While no cause of death has been revealed, Fink was stuck in a wheel chair lately as his health deteriorated big time over the years.

Fink was first hired by Vince McMahon Sr back in 1975 and made his ring announcing debut in 1977. He is regarded as the first registered WWE employee under Vince McMahon in April 1980. He quickly became the lead ring announcer for the company and his iconic voice is forever immortalized in many iconic wrestling moments as he proclaimed new champions.

The Fink appeared at every WrestleMania from 1985 to 2016, first doing ring announcing and then moving to the Hall of Fame segments. Problems with his health however prevented him from doing more WWE appearances throughout the past few years.

Howard is also the one who came up with probably the single biggest name in professional wrestling history: WrestleMania.

Fink was inducted into the WWE Hall of Fame in 2009.