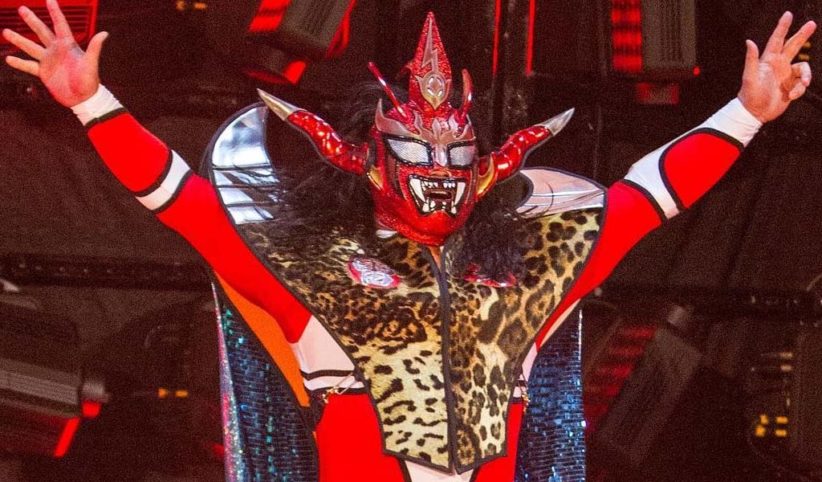 WWE has announced another name entering its Hall of Fame class of 2020 and that is the recently-retired Jushin “Thunder” Liger. Liger joins Batista, John “Bradshaw” Layfield, The British Bulldog, The nWo, and The Bella Twins in this year’s class.

In an interview with Tokyo Sports, Liger said that he’s glad he’s being recognized by WWE but emphasized that this wouldn’t have happened without the support of many others.

Born Keiichi Yamada in 1964, he was given the gimmick in 1989, a character based on the anime television series of the same name. Having participated in over 4,000 matches throughout his 36-year career, Liger is one of the most recognizable names in the history of professional wrestling and an icon in his homeland of Japan.

Liger wrestled for multiple promotions throughout his career including All Star Wrestling, Stampede Wrestling, WWE, WCW, Ring of Honor, TNA, and other independent promotions, but remained loyal to New Japan Pro Wrestling where he was the longest-serving employee.

In WWE, he only had one match and that came under the NXT banner in 2015 where he wrestled Tyler Breeze at the NXT Takeover: Brooklyn event. In WCW, he had a few more matches than that, wrestling for the Atlanta-based promotion between 1991 and 1992 and then 1995 and 1999. Liger also had a few matches under TNA/Impact Wrestling, making his debut for them at the Bound For Glory 2005 pay-per-view losing to Samoa Joe and then went on to have a few more PPV matches during the following year.

With a career spanning over three decades, the world of professional wrestling said goodbye to Jushin Thunder Liger on January 6, 2020 in his last appearance at NJPW’s New Year Dash. Liger had his final match the day before at Wrestle Kingdom 14.