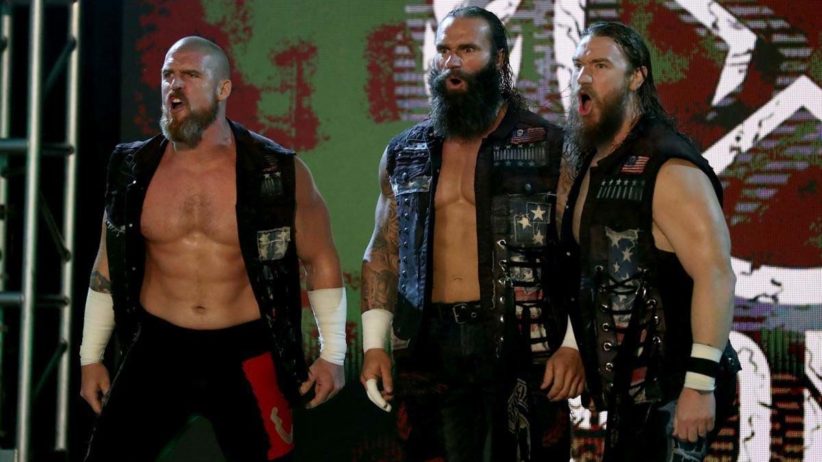 Jaxson Ryker, who forms part of The Forgotten Sons faction on Smackdown, posted a tweet regarding the latest that’s going on in America and got absolutely hammered by Kevin Owens, Ricochet, Batista, and others.

Ryker yesterday posted a tweet and put over the President of the United States, although that wasn’t what got Owens angry. “Thankful for the @POTUS we have! God bless America. Built of freedom. Forgotten No More,” Ryker wrote.

Owens replied, telling Ryker that the freedom he speaks of entitles him to speak his mind all he wants. “I’m not here to argue that. I just really need to tell you that I think you pushing your shitty wrestling catchphrase as all of this is happening is absolutely f*cking pathetic,” Owens replied.

Mustafa Ali, a former cop, replied, “I’m thankful you posted this because I’m now aware of what you stand for. When black brothers and sisters are crying, you praise someone that refuses to acknowledge their hurt.”

Ricochet took a more cautious approach but still showed his disappointment. “I get you’re a ‘bad guy’ on TV. And I’m HOPING that’s all this is. Even then, that ain’t it. But if this is actually your true thoughts – I’ll be really sad, man.”

Soon-to-be WWE Hall of Famer Batista, who is not a fan of Donald Trump at all, tore into Ryker as well. “Supporting a #fakepresident who is inciting violence and posing with Bibles like he’s a decent human being. Speaking the words of a dictator while people are being gassed in the streets.”

Meanwhile, Ryker’s tag team partner Steve Cutler also distanced himself from the tweet, writing, “Although I am part of a tag team while I wrestle, I am my own person with my own thoughts and beliefs,” he wrote. “It pains me to see what’s going on in the world. I fought for the freedom of our country and ALL of the people who live here.”

Fans also tore into Ryker in replies to his tweet and as you can imagine the tweet did not go over very well.