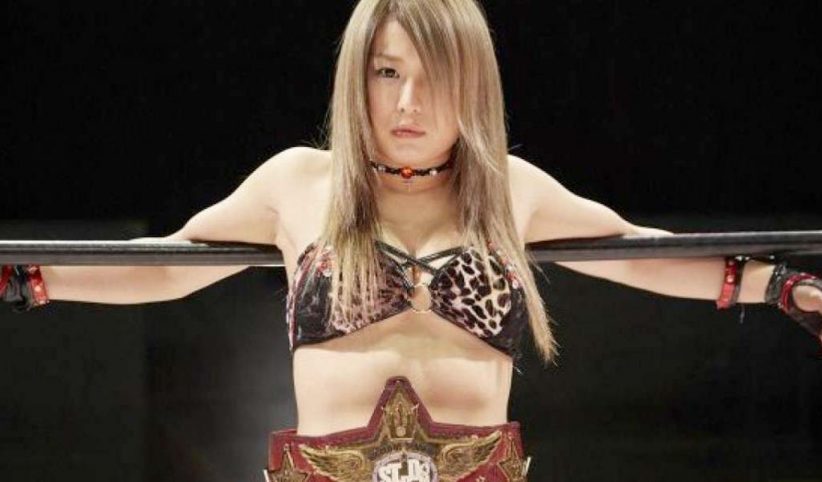 Io Shirai, one of the best female wrestlers on the planet, is moving to WWE according to Tokyo Sports newspaper, and this time, it looks like it’s going to happen for real.

The 28-year-old Japanese sensation was on the verge of joining WWE one year ago but her WWE medical brought up a few red flags – including heart and neck problems – and it was decided that she should get healthy before another offer was made. She was given a full clean bill of health in her latest medical and is now joining WWE after her final show with Stardom on June 27.

WWE officials bent over backwards to get her last year as she attended a tryout at the WWE Performance Center. Her tryout was different from the rest of the crew as she did not participate in the regular workouts. WWE brought Shirai over to check out the place and see the local area in hopes of wooing her to eventually join the company.

Shirai has been wrestling for World Wonder Ring Stardom since 2011, holding several titles in the promotion. With Shirai on the roster, WWE would have Japan’s three of the most popular and best females on their books along with Asuka and Kairi Sane.

Total Bellas episode preview for tonight: What to Expect When You’re Not Expecting