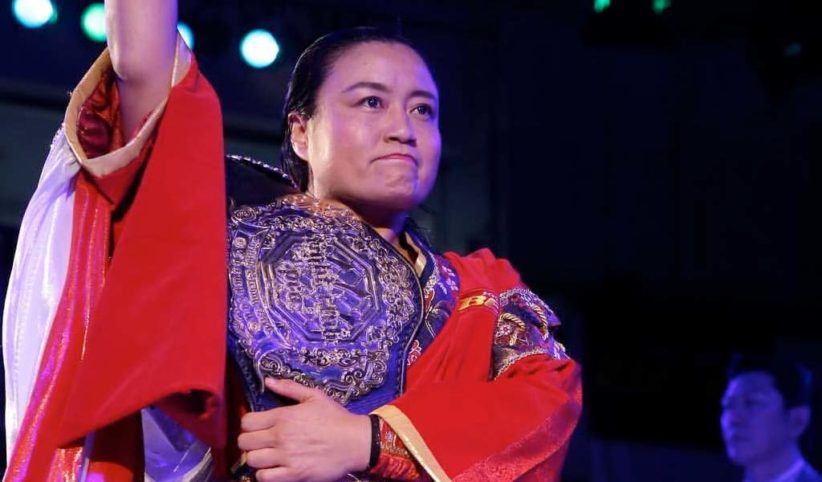 Tokyo Sports has reported that the 23-year ring veteran would be making her WWE debut at the tournament and WWE.COM confirmed the story with an article on the website.

Satomura, who is 38 years old, wrestles for the Sendai Girls’ Pro Wrestling promotion that she founded herself. She made her professional wrestling debut in 1995 at the age of 15. She previously wrestled for Gaea Japan and also makes appearances for Chikara.

In 1996, Satomura wrestled in WCW and was part of the tournament to crown the first WCW Women’s champion, a tournament which was eventually won by Akira Hokuto.