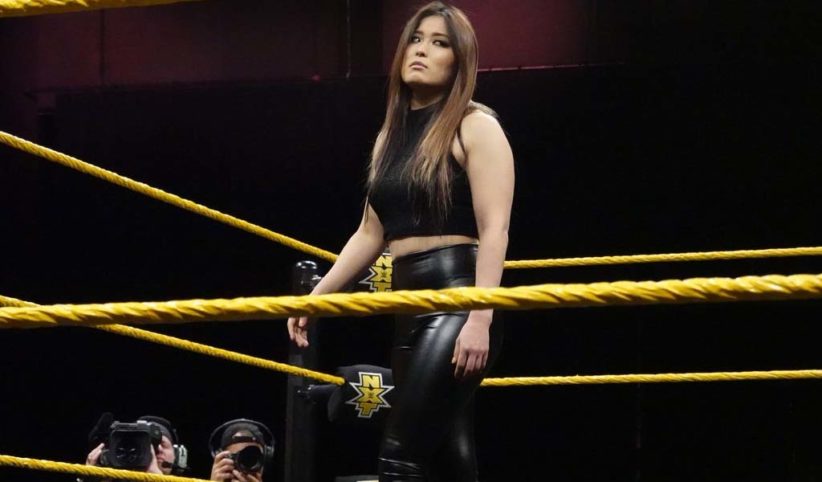 Two more women qualified for the number one contender’s ladder match for the NXT Women’s title yesterday on NXT on USA Network.

Xia Li and Aliyah was supposed to be one of the qualifying matches yesterday but Li was attacked backstage, ruling her out of the planned match. Instead, the returning Io Shirai took her place and beat Aliyah to qualify. Shirai has been out of action for two months after she suffered a knee injury in late January.

Candice LaRae was the second one who qualified after beating Kayden Carter in the second qualifying match of the night.

Shirai and LaRae now join Chelsea Green, Mia Yim, and Tegan Nox who are already part of the match.

The last spot in the match will be decided next week in a gauntlet match as Shotzi Blackheart, Deonna Purrazzo, Dakota Kai, Kayden Carter, Xia Li, and Aliyah go against each other.

Benoit episode of Dark Side Of The Ring breaks series record, watch now!