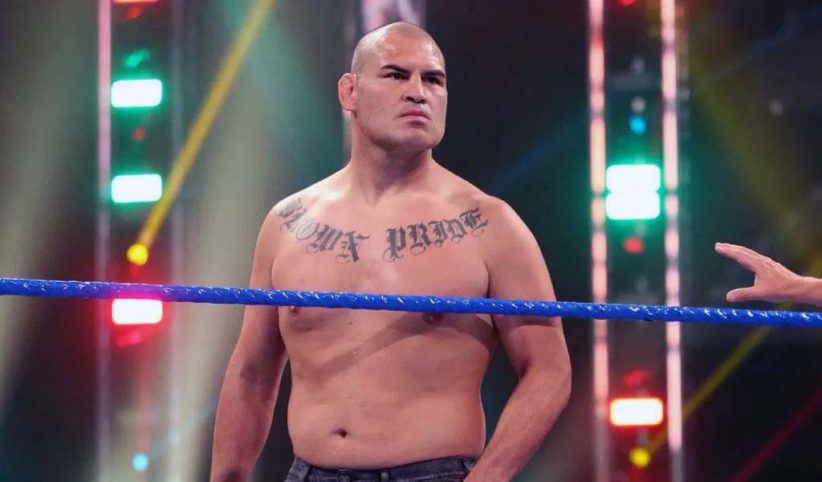 Dave Meltzer of the Wrestling Observer is reporting that Cain Velasquez has been released from his WWE contract before his wrestling career in the company even started.

Velasquez only made a handful of appearances, starting with the Smackdown debut on FOX and then facing Brock Lesnar in Saudi Arabia for the WWE title. That was the last time Cain was on WWE television and he lost that match fairly quickly tapping out to the then WWE champion.

He did wrestle in a non-televised live event teaming up with Humberto Carrillo but that was his second and last match in a WWE ring.

Days after his debut on Smackdown on FOX, Marc Raimondi from ESPN reported that Velasquez has signed a “lucrative, multi-year” contract with WWE.

Velasquez uploaded a photo at WWE headquarters last month with Ronda Rousey but nothing ever came out from that meeting.

The former UFC Heavyweight champion was supposed to be part of the Royal Rumble but plans changed and he was left out of the match as well.