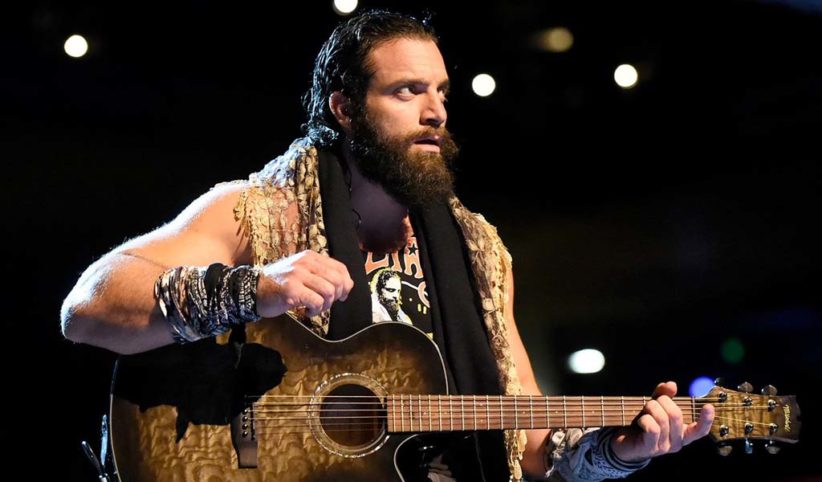 The latest act during the non-televised Raw house shows is Elias making a duet signing the hit song Shallow from the movie A Star is Born.

But the attempts of singing the whole song have been cut short as Elias cuts off before his partners, or maybe in this case, victims, reach the high notes of the song.

Elias starts the song singing the verses that Bradley Cooper does, complete with perfect guitar play. His duet partner then takes over for the Lady Gaga part and that’s when the fun starts. The idea started earlier this week with Elias teaming up with Dasha Fuentes. The crowd popped big when she started her part but before she could get to the “I’m off the deep end…” part of the song, Elias cut her off to massive boos. “I thought it was a duet and I was your Lady Gaga LOL! Even though you changed your mind, thanks for letting me sing with you,” Fuentes wrote on Instagram afterward.

The singing act continued again at a live event yesterday with Elias teaming up with Finn Balor. Once his part of the song was done, Balor took over. “Tell me something, boy,” Balor started as the crowd laughed while Balor continued to go around Elias singing passionately. But as soon as he hit the “Ain’t it hard keeping it so hardcore?” note, Elias jumped up and attacked Balor.

With Elias set to be the “headline musical act” at WrestleMania 35, it will be interesting to see if this is used on the show since typically, stuff like this is tested at non-televised live events to gauge the audience reactions.

You can see the two hilarious videos below.

My bad @iameliaswwe I thought it was a #duet and I was your @ladygaga 🤷🏽‍♀️🤦🏽‍♀️🤪🤘🏽💃🏽 LOL Even though you changed your mind, thanks for letting me sing with you at #WWEGreenBay #Shallow #WWE #Raw #WalkWithElias #bradleycooper #AStarIsBorn

Who will you back for the Raw Women’s title at WrestleMania 35?