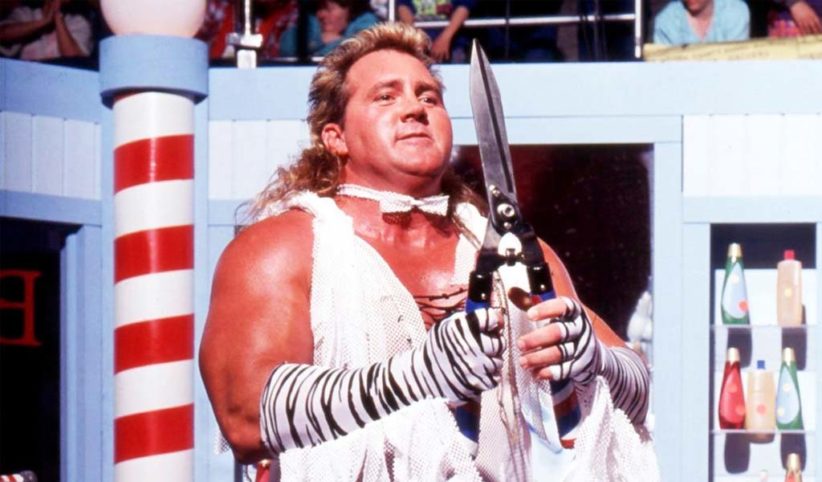 Brutus “The Barber” Beefcake was announced as the last member of the 2019 WWE Hall of Fame today.

The 61-year-old Florida native made his wrestling debut in 1977 and was one of the most popular wrestlers in the WWE in the late 80s and early 90s.

Beefcake, real name Ed Leslie, started his wrestling career with Hulk Hogan, with the two teaming up together throughout the years before moving their separate ways. In 1984, Beefcake joined the WWF as a heel and was managed by Johnny Valiant. He was soon paired up with Greg Valentine and assumed the name of The Dream Team, winning the WWF Tag Team titles and defended them for eight months.

In 1987, Beefcake went solo after The Dream Team broke up at WrestleMania III and after Roddy Piper defeated Adrian Adonis, he came out to shave his head. Brutus went on to have feuds with Honky Tonk Man, Ron Bass, Randy Savage, and many others before in 1989 he found himself in the main event of SummerSlam with Hulk Hogan taking on Macho Man and Zeus.

In 1990, Beefcake suffered a serious parasailing accident where he broke his face, requiring over 100 metal plates to piece it back together. He was out of action for two years until he returned as the host of The Barber Shop, the segment mostly known for Shawn Michaels super kicking Marty Jannetty and throwing him through the glass window.

In 1993, Beefcake teamed up with Hulk Hogan again as the two feuded with Money Inc, the team of Ted DiBiase and IRS. They had a match at WrestleMania IX for the titles but lost via DQ. It was his final wrestling match on WWE television and later that year, Beefcake left WWE to join WCW.

In WCW, Beefcake wrestled under quite a few different names including Brother Bruti, The Butcher, The Man with No Name, The Zodiac, The Booty Man, and The Disciple…all in the span of five years. He was mainly in mid-card territory in WCW except for one WCW title match against Hogan at Starrcade.

Beefcake had a big fallout with Hulk Hogan over the past few years over a book where he said he was going to expose Hogan. Eventually, the two hashed it out and are now back as friends, with Brutus appearing regularly at Hogan’s Beach Shop in Clearwater for pictures and autographs.