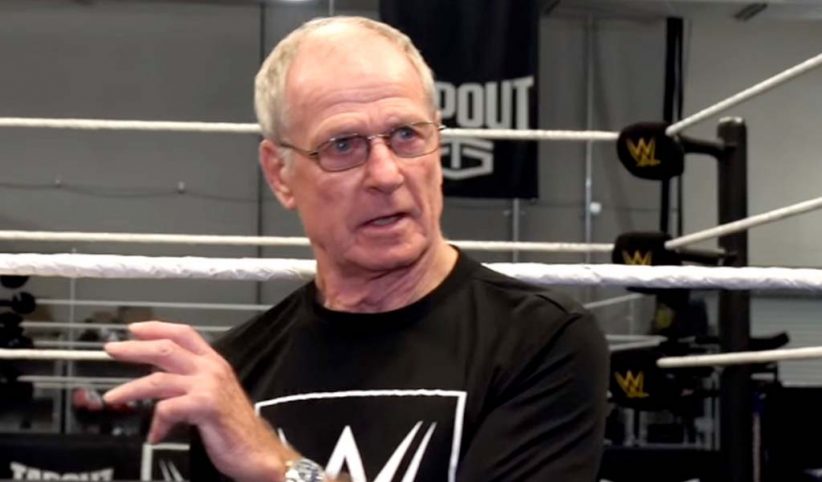 WWE has announced that UK legend Johnny Saint will be the General Manager of the WWE United Kingdom brand.

Saint’s first order of business will be leading the WWE United Kingdom Championship tournament which takes place later this month from the Royal Albert Hall in London.

Johnny Saint’s wrestling career spans more than five decades and is known to be one of the most technically gifted wrestlers of all time. Last year, Saint spent six months as a guest coach at the WWE Performance Center in Orlando, Florida, and was given a fantastic send off by those who worked with him when his time was up.

“For the guys who are in the wrestling scene here in the U.K., the worldwide exposure is a wonderful thing,” Saint told WWE.COM. “It’s something that we never really had before, so the new product is going to be tremendous for them.”