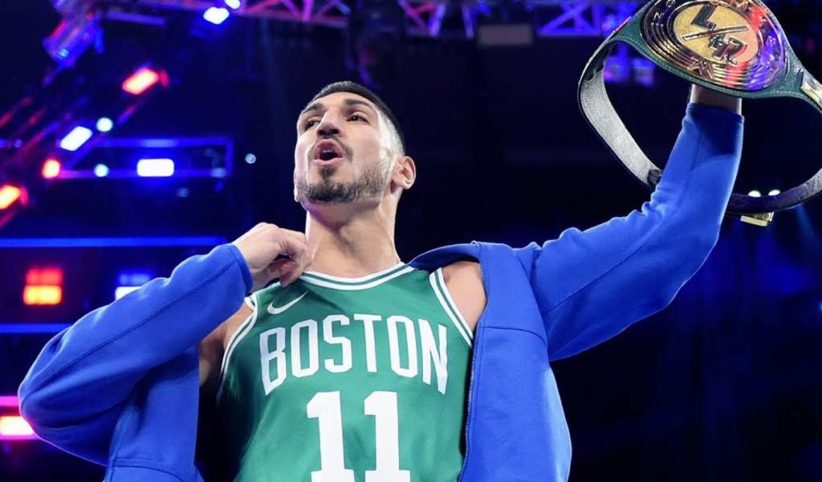 Appearing on Stadium’s Inside The Association with Shams Charania, Boston Celtics center Enes Kanter revealed that once his NBA career is over, he is joining WWE.

Kanter said that he has been offered a WWE deal already and is planning to accept after his basketball career comes to a close. Kanter is a big WWE fan and is often photographed with WWE Superstars when he attends events.

The 27-year-old from Switzerland started his professional basketball career in 2011 and played with the Utah Jazz, Oklahoma City Thunder, New York Knicks, and Portland Trail Blazers before joining the Celtics in 2019.

The 7-foot-tall Kanter made an appearance at a live Raw from MSG in September of last year and won the 24/7 title from R-Truth but lost it moments later. He also dated WWE Superstar Dana Brooke in the past.

Celtics center @EnesKanter told our NBA Insider @ShamsCharania he has been offered WWE deal and plans to accept after career.