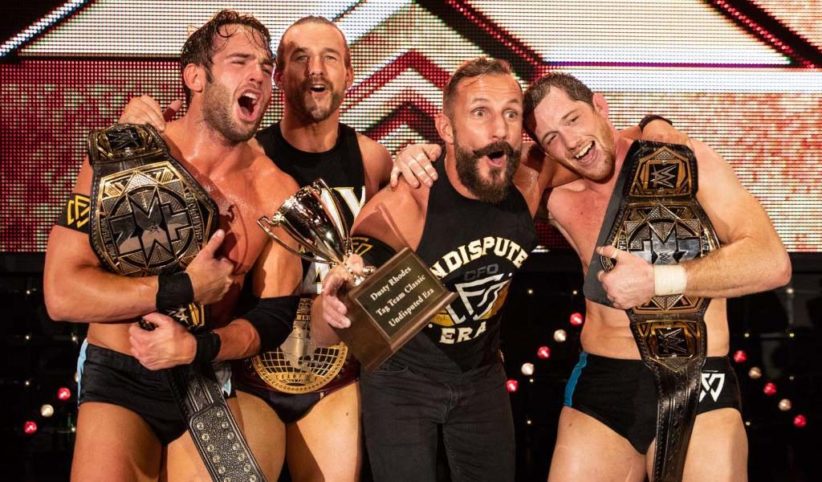 In just a few hours, WWE Network will air NXT Takeover: Toronto 2019. This is the second Takeover event from Toronto, with five matches on the card, all of which could be show stealers. Remember, these odds might change during the night so please be careful when betting with real money.

In the NXT title match, Adam Cole remains the favorite to retain the title in the two-out-of-three falls match. Cole has odds of 1/5 to keep the gold with Gargano the big underdog at 10/3.

The most dominant NXT Women’s champion in the history of the brand, Shayna Baszler, is also favorite to keep her title against Mia Yim. Baszler is 1/3 to retain while Yim, who is participating in her first-ever Takeover show, is 9/4 for the upset.

The Street Profits have been appearing on Raw lately which might indicate that their time in NXT is coming to an end. In fact, The Undisputed Era are the favorites to regain the gold tonight with 4/11 odds against those of the Profits which are at 2/1.

Another match which is expected to blow the roof off is the triple threat match for the NXT North American title. The reigning champion Velveteen Dream, is 11/4 to keep it, which is not good for the flamboyant wrestler. Roderick Strong of The Undisputed Era is the favorite at 8/13 while former WWE UK champion Pete Dunne is a long shot at 7/2.

If the odds are correct it looks like all four members of The Undisputed Era will end the night in Toronto with title belts around their waist.

Is NXT moving to FS1 head-to-head with AEW on TNT?