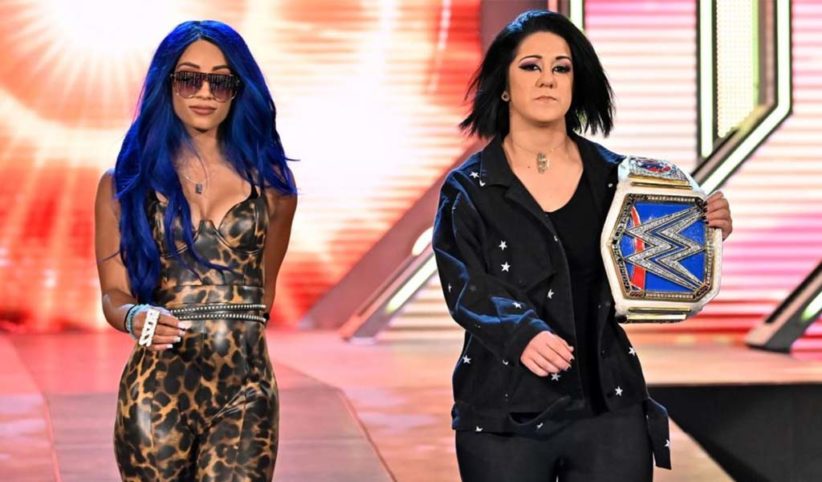 Bayley and Sasha Banks have another crack at regaining the WWE Women’s Tag Team titles tonight on Friday Night Smackdown on FOX as they get their rematch against new champs Shayna Baszler and Nia Jax.

Baszler submitted Bayley at Payback while having both her and Sasha Banks in two different submission moves last week, ending their successful title reign.

Also announced for tonight’s Smackdown is a segment with new Universal champion Roman Reigns who will be talking to the WWE Universe. Paul Heyman is scheduled to be by his side.

The new number one contender for Reigns’ Universal title will also be decided in a fatal four-way match featuring Big E, King Corbin, Sheamus, and Matt Riddle with the winner facing Reigns at Clash of Champions.