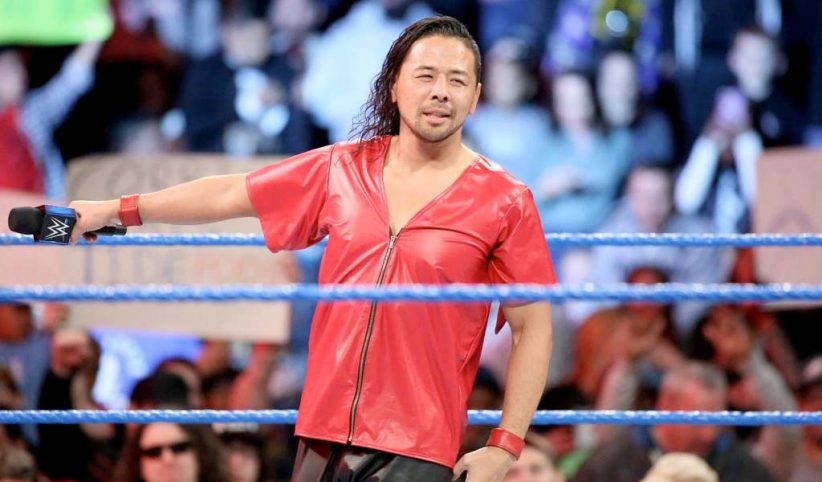 Bakersfield Police Department confirmed in a statement issued yesterday that one of their dogs part of the EOD team bit a WWE Superstar backstage at a non-televised live event on Monday.

That unfortunate Superstar is Shinsuke Nakamura, who was not cleared to compete later that night or the next night on Smackdown.

“On Monday, June 25, 2018, officers of the Bakersfield Police Department Explosive Ordinance Disposal (EOD) Team were conducting a protective sweep of the Rabobank Arena in preparation for the WWE Live Summerslam Heatwave Tour,” the statement starts.

“During the sweep, the EOD Team, which consisted of an explosive detection trained canine team and bomb technicians entered an area of the arena where an employee of the World Wrestling Entertainment (WWE) was present. The canine entered the room to sweep for the presence of any explosive material. As the sweep took place the WWE employee was accidentally bit by the canine,” the statement continued.

According to sources, the dog was unprovoked but still reacted, leaving Nakamura with a bite on his leg.

“The employee sustained an injury to his lower left leg. Medical aid was immediately summoned to the scene and the employee was transported to a local area hospital for medical treatment,” the statement concluded.

Personal injury caused by another person or a dog in this case can be a reason for filling a lawsuit to seek compensation. If you need some legal assistance, go to https://tusabogadoslocales.com for experienced lawyers.