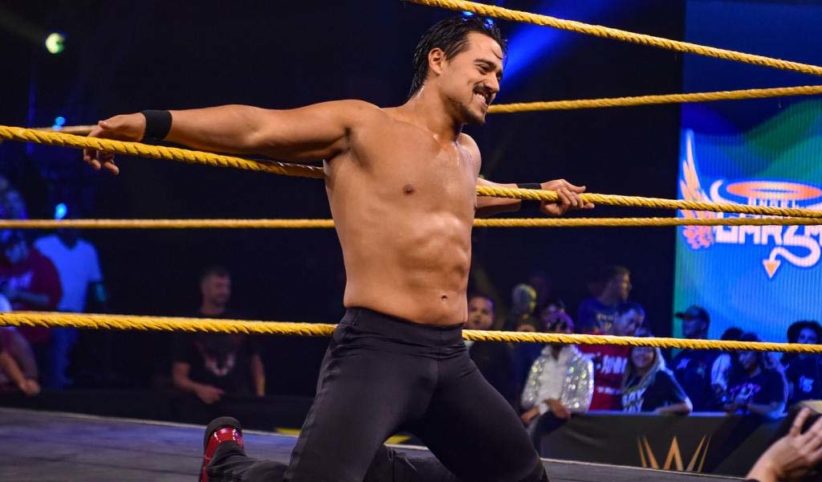 NXT Superstar Angel Garza won the NXT Cruiserweight title on the latest episode of NXT on USA Network, defeating Lio Rush in the opening match of the night.

Rush held on to the title for almost two months but tapped out to a reverse full nelson in a fantastic match that saw Garza getting his first title with the promotion.

And the night got even better for the new champion as after the match and while NXT was in commercial, Garza cut a promo and proposed to his girlfriend. Garza said that there are four important things in his life: wrestling, support of the WWE Universe, his family, and his girlfriend. He then grabbed his girlfriend’s hand and moved her inside the ring, got down on his knees, and asked his girlfriend to marry him. The crowd chanted “Si! Si! Si!” as she accepted.

Garza ended by thanking the NXT Universe and chanting “We are NXT.”