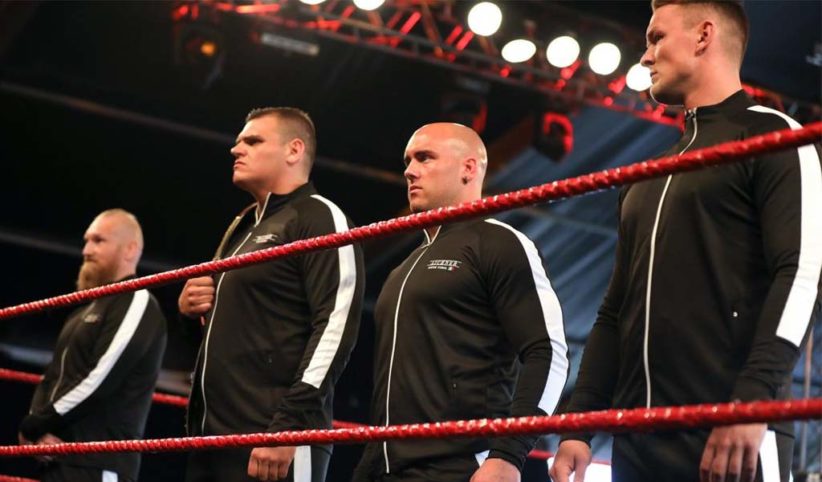 Alexander Wolfe of Imperium was knocked out during the Worlds Collide main event yesterday and was removed from the match after the referee realized and put up the X hand signal to notify those in the back of a real injury.

The incident that knocked him out came after Wolfe was on the receiving end of the simultaneous kicks to the chest and back from Bobby Fish and Roderick Strong. Unfortunately, one of the kicks by Fish landed right on the jaw instead of the chest. Fish then went for the pin and actually broke the pin himself after Wolfe failed to respond. The referee then realized that Wolfe was in lala land and asked for help. The German was then helped out of the ring and taken to the back for further evaluation.

Addressing what happened on Twitter, Wolfe said it was his fault and added the hashtag #ChinUp. Wolfe’s head was indeed down when he got hit by the knee. “I’m fine. I wish I could have finished the match but safety first,” he wrote, while adding his thanks to WWE referee Drake Wuertz and the medical team for taking care of him. “You guys did an unbelievable great job today as always.”