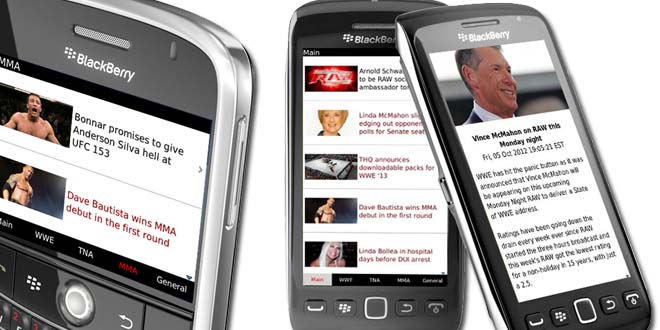 Version 3.0 of the Wrestling-Online.com News app for BlackBerry was released today on the BlackBerry App World.

The new app replaces version 2.2.1 and it was rebuilt from scratch, making it faster and compatible with the new OS 7. Minimum requirement for the new app is OS 5.

It is available for both touch and non-touch BlackBerry devices and it is a free upgrade to previous customers. New customers are able to purchase it for just 99 cents or the equivalent of their currency from the BlackBerry App World.

Previous customers are recommended to upgrade to version 3.0 as the old version will stop populating news next week.

You can buy it or upgrade it from http://appworld.blackberry.com/webstore/content/8876.