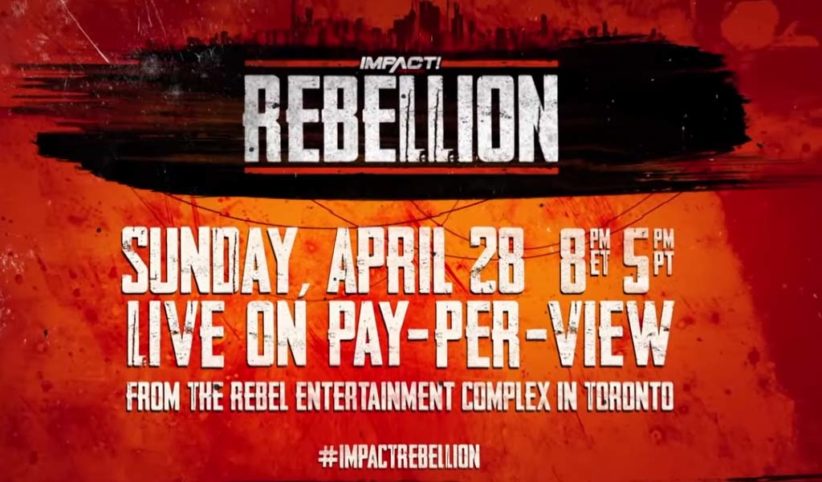 Impact Wrestling announced their second pay-per-view of the year which will take place in Toronto titled Rebellion.

Rebellion will happen on Sunday, April 28 live from the Rebel Entertainment Complex, the site of the company’s Slammiversary XVI show from July 2018. The Rebel Complex launched in October 2016 and is an entertainment venue that can be a nightclub and hosts live concerts as well.

Tickets for Rebellion go on sale on Monday, March 4 at Noon EST.

Impact will also probably tape a few weeks worth of television shows in the same location after Rebellion but that has not been officially announced yet.