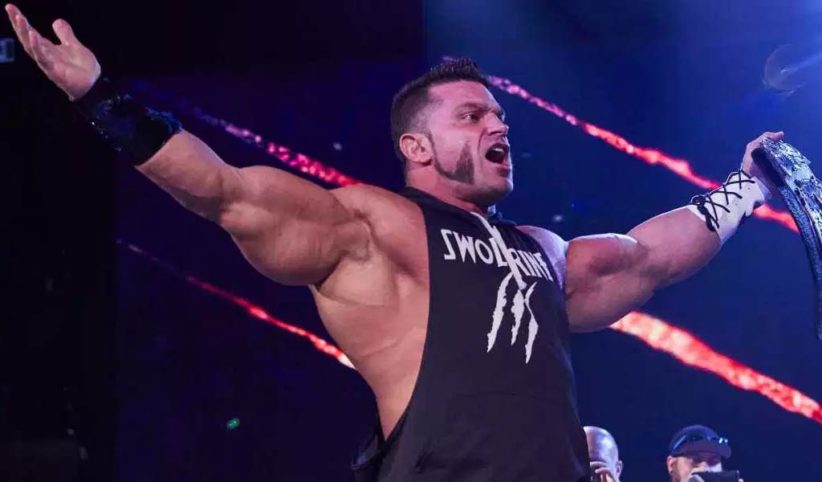 Cage, 35, and Santos, also 35, got hitched at the Kellogg House in Pomona, California after getting engaged seven months ago when Cage proposed to her at a wrestling event. Several colleagues of the two, including Johnny Impact and his wife Taya Valkyrie, Killer Kross and girlfriend Scarlett Bordeaux, Tessa Blanchard, Sami Callihan, Rich Swann and wife Su Yung, Joey Ryan, and many others attended the wedding.

Santos is also a wrestler and was recently the announcer for Lucha Underground. She will be the ring announcer for AAA’s shows in Madison Square Garden in New York and The Forum in Inglewood later this year.

Congratulations to the couple!