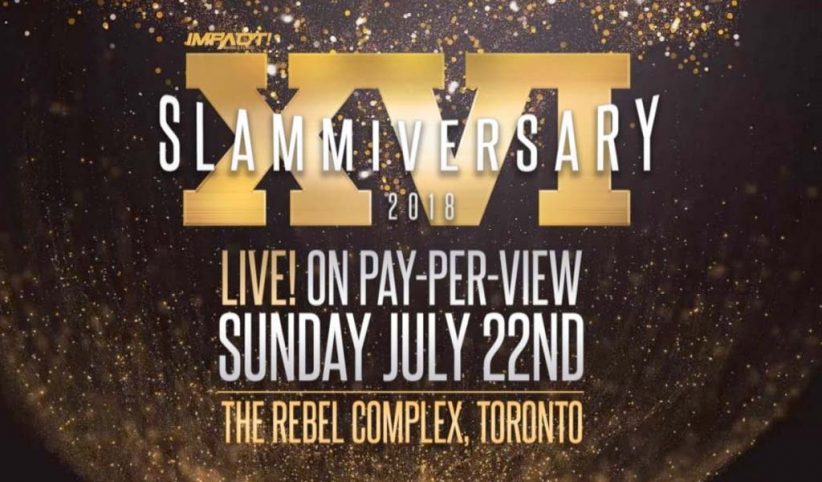 A limited number of tickets for tomorrow’s Slammiversary pay-per-view have been released at $25 each.

The Rebel Complex in Toronto was sold out this past Tuesday and after production was figured out, some extra seats were put on sale today at ShopImpact.com. These tickets are general admission and are not seated.

The Rebel Complex launched in October 2016 and is an entertainment venue that can be a nightclub and hosts live concerts as well. The video walls surrounding the perimeter of the club and its layout will surely give a unique look to the show.

The show is headlined by Austin Aries vs Moose for the Impact World title and has seven other matches on the card. The cold open for the show narrated by Barry Scott has already been released and you can watch it below.