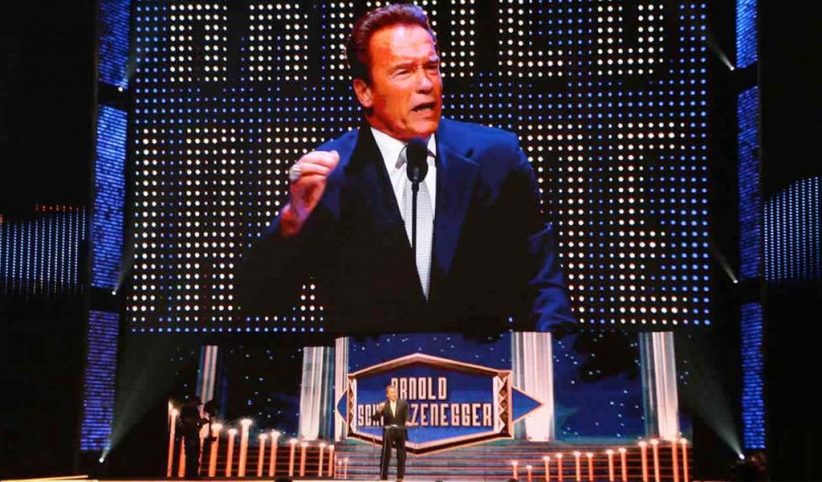 The former California Governor who is a huge WWE fan went in to replace a pulmonic valve that was originally replaced due to a congenital heart defect in 1997.

“Governor’s Schwarzenegger’s pulmonic valve was successfully replaced and he is currently recovering from the surgery and is in stable condition,” his representative Daniel Ketchell said. “We want to thank the entire medical team for their tireless efforts.”

Schwarzenegger chose to replace the valve through a less-invasive catheter valve replacement but an open-heart surgery team was readied just in case something went sideways during the operation.

Ketchell added that Arnold’s first words after coming out were, “I’m back!”

Schwarzenegger last appeared for WWE at WrestleMania 31 in a video during Triple H’s Terminator entrance. He has appeared on Raw and Smackdown in the past and also inducted his good friend Bruno Sammartino into the WWE Hall of Fame a few years ago. He joined the WWE Hall of Fame in 2015 and was inducted by Triple H.

Tickets for the Greatest Royal Rumble event in Saudi pushed back