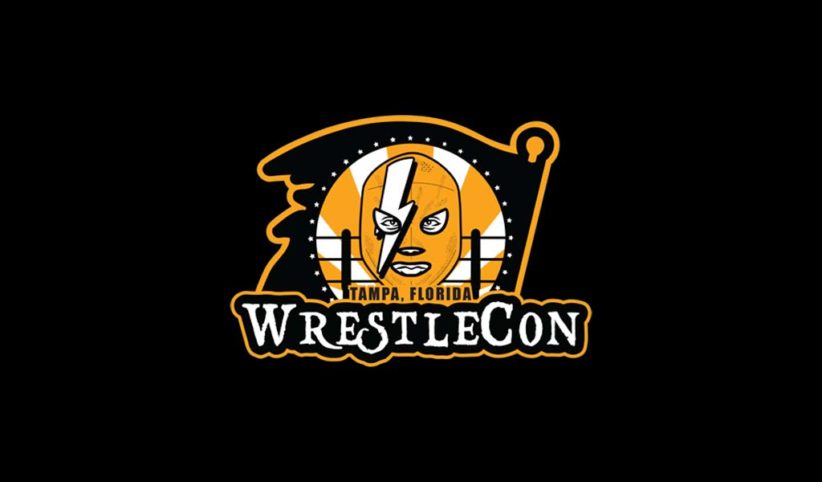 The coronavirus pandemic has created an unprecedented situation for a lot of events worldwide and that includes WWE’s biggest event of the year, WrestleMania. But WrestleMania week is not strictly WWE as tons of other independent wrestling promotions take advantage of the several thousands of people who come to town for a few days, giving fans a wide variety of shows to attend to.

But with WrestleMania in limbo due to the coronavirus, these independent shows and events are taking the hit too. The majority, if not all, of them are dependent on WrestleMania taking place. If WWE cancels WrestleMania, these event promoters will be losing hundreds of thousands of dollars in revenue.

It’s something that no one predicted that it was going to happen, but reality is now sinking in that unless there’s a major breakthrough and the spread of the coronavirus slows down over the next week or so, then this is a very bad year for business.

In doing research for this piece, a total of 53 non-WWE shows are scheduled to take place in the Tampa Bay area between Tuesday, March 31, and Sunday, April 5. And those are only in-ring wrestling shows. 22 other non-live events are also taking place between Wednesday, April 1 and Monday, April 6.

A few events have been canceled already. The Bullet Club Beach Party scheduled for Saturday, April 4 at Whiskey Joe’s has been binned by the promoters. “Our first priority, before anything else, is the safety and health of our guests and our talent. No one is more disappointed in this outcome than us,” a statement from the promoters read. “We are as upset by this outcome as you all are, but we do not want to let this be the end of the road. We have plenty of gas left in our tank, and we fully intend on running an event in the distant future, within calendar year 2020.”

The promoters also promised to refund all the money but have urged everyone to give them some time to prepare for the “massive undertaking” that the small team has to go through to return everyone’s money.

Tailgate Joe, which specializes in tailgates for concerts, sports, etc, is also ready to offer refunds if WrestleMania is canceled. If Mania goes on as planned, then the tailgate party goes on. If Mania is postponed or moved, then a new location and date will be announced and same tickets will be honored. And if Mania is canceled, then there’s the option to either get a refund or have your ticket swapped for next year’s WrestleMania party.

The Collective, which is promising “the biggest and most diverse Mania Weekend experience,” operates the Game Changer Wrestling promotion and is holding several shows at The Cuban Club. In a Twitter message, they said that the show must go on and the majority of their customers told them they want to see the shows moving forward.

“The Collective and all its partners are committed to following through with our scheduled events as planned. This plan remains in effect regardless of any announcements in relation to the WWE and their scheduled events in the coming days or weeks,” a statement read, adding that they will try and keep The Cuban Club “a safe and clean environment” and supply any sanitation products during their events.

Michael Bochicchio, who runs Highspots.com and is the WrestleCon promoter, told us that as of now, WrestleCon remains ready to go. “I don’t expect WrestleMania or WrestleCon to actually take place as scheduled, but due to contractual concerns we are not initiating any cancellation,” Bochicchio said when reached via e-mail.

“We understand that our event is reliant upon WrestleMania, we have no interest in running an event without WWE involvement. That is both a short term answer for Tampa and a longer term answer with regards to any future events,” he continued.

This is where force majeure comes in, the legal term that refers to a clause that is included in contracts to remove liability for natural and unavoidable catastrophes that interrupt the expected course of events and restrict participants from fulfilling obligations.

“The sports industry is facing thousands of disrupted business relationships and corresponding contracts, ranging from tickets with fans that will have to be refunded to multi-million dollar licensing agreements now worth far less than before,” Kent Schmidt, partner at the international law firm Dorsey & Whitney who specializes in business litigation, said.

“There will be years of litigation as courts and other tribunals sort out the legal ramifications of pulling the plug on these events and decide which party is left holding the bag,” Schmidt continued. “These issues come down to contract questions including the language in agreements, and applying contractual doctrines. But equitable considerations will also predominate. Particularly for situations in which one party is better able to absorb the loss, the courts will apply a fairness principle,” Schmidt said.

“Although force majeure clauses and the legal doctrine of impossibility of performance will apply in many cases, another legal theory that is particularly appropriate to the sports industry and cancellation of major events is the frustration of purpose rule,” he continued. “Hundreds of ancillary contracts associated with major sporting events will come within the same frustration of purpose rule. Without fans in attendance, the purpose of the contract is frustrated and the party should be released from having to perform,” Schmidt says.

As expected, many customers who bought tickets to WrestleCon are asking for refunds already, especially those who are were coming from Europe and no longer can attend due to the travel ban imposed by the Trump administration this week. “We are quite aware of the travel bans in place that would impact many of our European customers. We support those travel decisions and think its an appropriate step to take considering the uncertainty. Domestically we encourage all people to refrain from large gatherings and unnecessary travel,” Bochicchio said.

And as far as refunds go, WrestleCon will be processing those after the future of the event is set in stone. “We would expect to begin processing them soon, immediately after our future is determined. We hope that will be very soon. Depending on those decisions, refunds would either consist of ‘everybody’ or ‘handling on a case by case basis.'”

With hotel room holds, buses booked, and other locations locked down to hold WrestleCon shows, Bochicchio said that there are many reasons why they can’t start the refund process immediately but eventually 100% of the purchased price will be refunded. “Unlike airline industries, service contracting, and Ticketmaster, we will not ‘make right’ with customers by merely giving them a future credit or by keeping any type of ‘change fee’, we will refund all appropriate instances.”

If Tampa is a bust and WrestleMania doesn’t happen this year, there’s an old saying that goes, “there’s always next year!” And you can bet WrestleCon will be there in 2021 in Los Angeles.

“We already have plans confirmed in Los Angeles and we hope that everybody that has done business with us in Tampa will appreciate how they are treated and continue to do business with us in Los Angeles, if they end up going next year. We also understand that everybody wants an immediate solution to their specific issue. We hope to address those efficiently,” Bochicchio concluded.