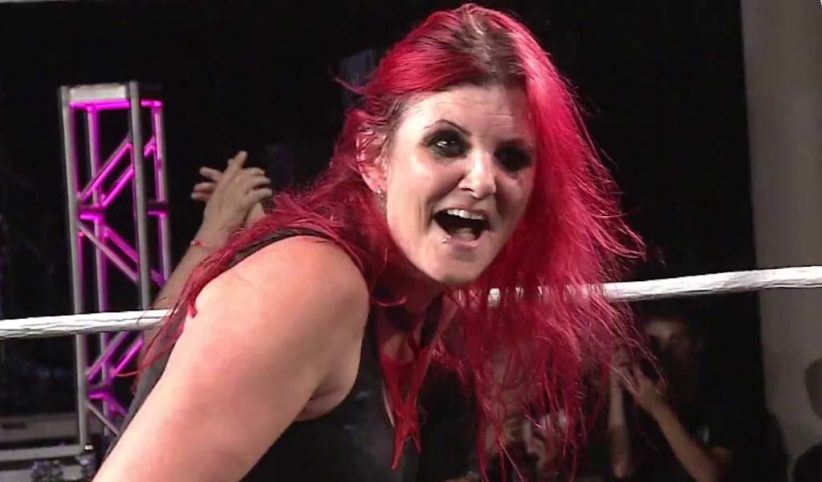 Julia Hamer-Bevis, better known as Saraya Knight and the mother of WWE Superstar Paige, was also accused along with her family of abuse and inappropriate behavior. The family owns and runs the World Association of Wrestling promotion in Norwich, England. A few individuals came forward with different stories while the #SpeakingOut movement started to gain momentum and it seems that the matriarch of the family has now had enough.

“I will be stepping away with immediate effect. I be deleting all social media,” she wrote, giving out her e-mail address in the process and suggesting that anyone who wants to attack her can do so via e-mail where she would be happy to forward everyone’s point of view to her attorney.

“For the last days I have sat wondering what exactly is needed to satisfy this bloodthirsty hunt, my life, you want me to die?” she wrote in a post on Facebook. “You think by pushing buttons I am going to lie there and just take it?”

Hamer-Bevis said she refutes the accusation that she kissed a minor, calling it “f*cking sick” and invited the Norfolk police to go over and have a chat with her about it. “Where was the parents during this apparent act? 10 years old at a show alone? I don’t think so!”

She then addressed her accusers one by one and wondered why they waited all this time to approach her no matter if it was right or wrong.

“There are two sides to every story, remember that. Thank you for 30 years, I am done. I cannot believe that I am being attacked in this f*cking insane way,” she wrote. “I am walking away because I am heartbroken, not because I’m being forced to. I cannot stomach even being around wrestling. I have got f*ck all to hide, I have done f*ck all to warrant this, I train hard!”

She then added that she is seeking legal advice to fight her accusers and told everyone that if they have any allegations they go forward them to the Norfolk police.

Charlotte Flair off WWE television for a while to undergo surgery