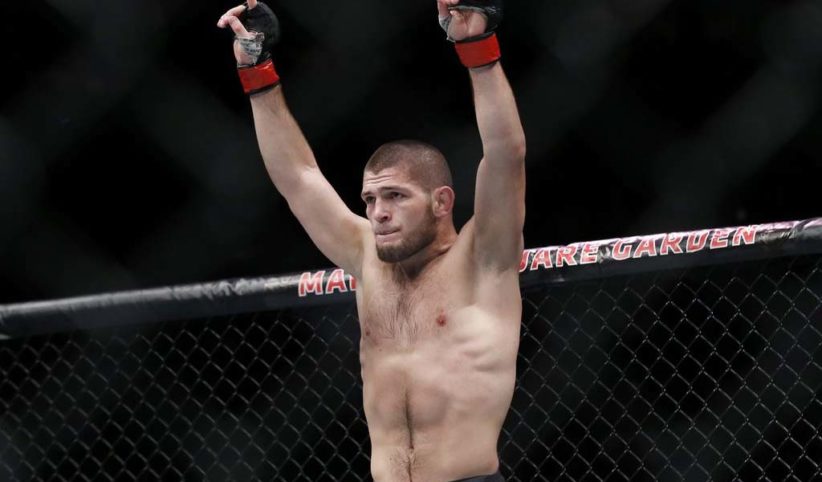 One day after threatening to quit the UFC, the company’s Lightweight champion Khabib Nurmagomedov wrote on Twitter that WWE contacted him and wanted him to join.

“@WWE ask me to jump inside. What do you think guys,” the undefeated MMA fighter wrote, adding the hash tags #SmashLesnar and #FakeFights.

The tweet has to be taken with a grain of salt and highly unlikely that it really happened considering Khabib is under a UFC deal and is not allowed to appear anywhere else.

But the 30-year-old Russian has found himself in a war with the promotion following Saturday’s victory over UFC’s star man Conor McGregor. The melee that took place afterward has prompted the Nevada Athletic Commission to withhold his $2 million pay-day and UFC President Dana White said that he was releasing his team mate from the UFC due to his involvement afterward by jumping in the Octagon and attacking McGregor. Nurmagomedov said that if his “brother” is released, then he will quit because Russians stick together.

“If you decide to fire him, you should know that you’ll lose me too. We never give up on our brothers in Russia and I will go to the end for my Brother. If you still decide to fire him, don’t forget to send me my broken contract, otherwise I’ll break it myself,” Nurmagomedov wrote.