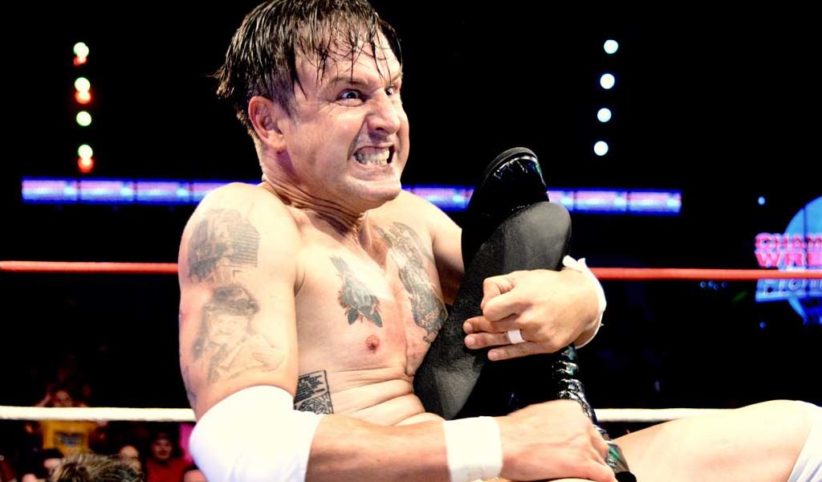 David Arquette took responsibility for the mess of a match he had this past weekend at LA Confidential against Nick Cage, a death match which ended up with Arquette getting his neck sliced with a broken light tube.

In a lengthy post on Twitter, the former WCW champion said that he knew that the match would be violent and potentially bloody but he didn’t know the extent of what he was participating in. “However, I take the responsibility for putting myself in that situation,” Arquette wrote. Arquette admitted that he got injured because of lack of experience in that kind of match.

“I want everyone to know I have nothing but respect for @GCWrestling_ @thekingnickgage @JANELABABY and the main reason I got cut is because I panicked. I was clearly in over my head. They’re pros so please don’t give them sh*t. Respect,” he wrote.

He apologized to fans for any negative attention his involvement in the death match brought to the wrestling world and said that he has the utmost respect for the sport. “I have zero plans to be involved in a match like this again. I am looking forward to getting back to the ring, under much different circumstances – in the near future.”