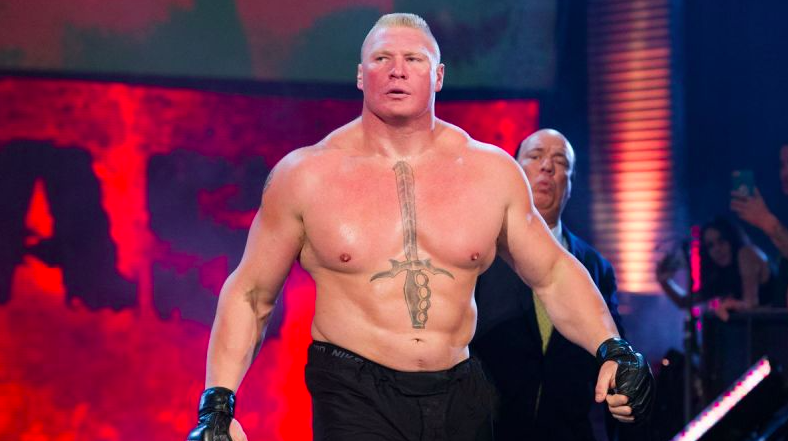 There are few bigger attractions in the world of professional wrestling than Brock Lesnar. As soon as his music hits in an arena, there is a sense that there is a huge match about to take place. Lesnar has been involved in some of the biggest matches in the WWE since he returned to the company, with the Beast also able to put over up-and-coming stars as well as claiming huge wins like the one that he did over the Undertaker at WrestleMania 30.

There is a sense that Lesnar is getting more influential behind the scenes, and his head for business is ensuring that superstars that wouldn’t typically be involved in discussions for huge spots are now in the discussions. Lesnar has already encouraged the WWE to give R-Truth a bigger spotlight after briefly working with him in the run-up to the Royal Rumble.

Kofi Kingston also revealed that Lesnar himself came up with the idea that Rey Mysterio, Kingston and Big E should team up against him for a huge moment at the most recent Rumble. But, with Lesnar’s return to the WWE likely to come in the next couple of months, who could we see the Beast coming up against in his next bout?

There is a feeling that this feud may not be over. McIntyre beat Lesnar for the WWE Championship at WrestleMania 36, but the match was ultimately disappointing given that both of these superstars could have put on a classic. The match involved a number of finishers before McIntyre hit the deciding Claymore to get the three. There is still a story to tell here, and when Lesnar returns, his eyes may be firmly set on regaining the title that he lost at Mania.

Lesnar’s return isn’t going to be for another couple of months, and the WWE could cash in by having a return to live shows by having a unique cross-over match. Tyson Fury’s rematch with Deontay Wilder isn’t likely to take place until next year now, which means that the door could be open for Fury to come back into the world of WWE one more time. Fury’s stock with the US audience would have rose after his dominant victory over Wilder this year, which means his return to WWE when it finally comes will generate mainstream attention. WWE already has a real fighter of their own under contract, and that means we could see Fury and Lesnar square off to see who is really the baddest superstar on the WWE roster.

Lesnar has elevated a number of superstars since returning to the WWE, with stars such as Seth Rollins, Finn Balor and AJ Styles all benefiting from working with the beast. Should he return to the WWE and want to continue to make new stars, then Keith Lee could present a dream opponent for Lesnar. Lee and Lesnar briefly went face to face at the Royal Rumble, with the Beast being knocked off his feet by the NXT superstar.

He may not have known who Lee was before the PPV, but he certainly did afterwards. These two could put on a memorable match for the WWE Universe, and there wouldn’t be too much lost should Lee be defeated. As long as he puts in a strong showing against the former UFC world champion, then he will immediately become a main event player on the main roster. Other superstars that could benefit from working with Lesnar include Aleister Black and Bobby Lashley.

If you enjoy wrestling, MMA and UFC, check out TonyBet Sport where you can bet in all the main events.