Wrestling is without a doubt one of the most popular and widespread sports available In fact, just about every time the sport puts on some kind of pay-per-view or event they are breaking records. After all, Monday Night Raw already holds the record for being the longest-running episodic series ever. This alone is impressive enough, but the sky really is the limit for WWE. This is especially true when it comes to major events like SummerSlam and WrestleMania. 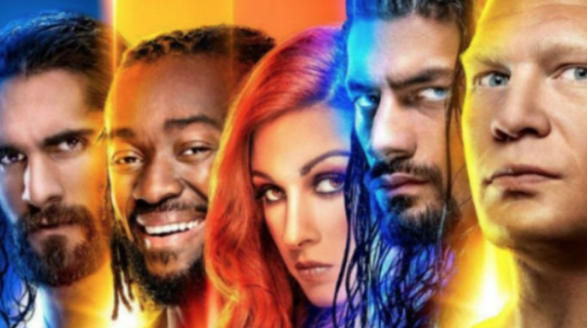 Just about every sport in the world has some big event. Football has the Super Bowl. Baseball has the World Series. Well, wrestling has WrestleMania and a lot in between. There is no denying that wrestling is known for its antics and soap opera-like storylines that always deliver. And, WrestleMania might be the World Series of wrestling, but SummerSlam is easily the second biggest wrestling event of the year. SummerSlam pretty much sets the pace for what matches will and won’t take place at WrestleMania. SummerSlam is like co-main event pay-per-view that gets the fans primed and ready for the big show.

Starting Times And Where To Watch

SummerSlam 2019 will take place in Toronto, Canada this Sunday on August the eleventh. The main card will start its inception at 4 pm pacific/standard time or 7 pm eastern/standard time. WWE Network subscribers will be able to watch the show live and free on the WWE Networking. If you are not a subscriber of the WWE Network, you can now signup for $9.99 a month with one free month included with the initial subscription.

If you are not a member of the WWE Network, you do have other options to watch the event. First, you can contact your local cable provider, pay a small fee, and they will stream the event to your TV. You can also watch the event on WWE’s YouTube Channel. The Kickoff show will start at 2 pm pacific/standard time and 5 pm eastern/standard time. Unfortunately, UK fans will have to stay up a little later for the action, as the pay-per-view event will not kick off until 10 pm Sunday. Australians get the event a little earlier at 9 am with the kickoff being at 7 am.

The event will be headlined with the universal title match – Brock Lesnar VS Seth Rollins. Lesnar is a, by all means, a force to be reckoned with and he might likely upset some fans this Sunday. However, there is no denying that Rollins is always at his fiercest when he in on the hunt for the gold. This much was pretty evident when he beat the proverbial crap out of Baron Corbin. Rollins is a one of a kind in-ring performer and has what it take to push Lesnar to his limits, but only time will tell if he will be able to once again walk away with the title.

Just remember not to spend all your time watching the event because there are going to be a lot of other exciting events taking place. Events that you can gamble on. Check out sites like pokies hq to find reliable casinos where you can safely and securely invest your money.

Sasha Banks has been out of the picture for a while now, but she is certainly getting to make a once in a lifetime return at SummerSlam. And, she is getting a match unlike any other with an opponent unlike any other, Becky Lynch. Both Becky and Sasha are two big names in the female market but have been kept on separate brands for the most part. There is no denying that WWE is in need of some fresh feuds, especially in the women’s department. This could be that very feud that introduces some awesome promos along with some even better matches.

There probably isn’t one match at SummerSlam that has bigger implications that Owens vs McMahon. Owens has taken on the infamous Stone Cold role and McMahon is playing the devious role of his father. That being said, there are a handful of fans that are hoping Shane-O-Mac gets beaten so badly that he is off the roster long enough to forget his name. Or, will the fans be saying goodbye to the beloved KO in his own home country?