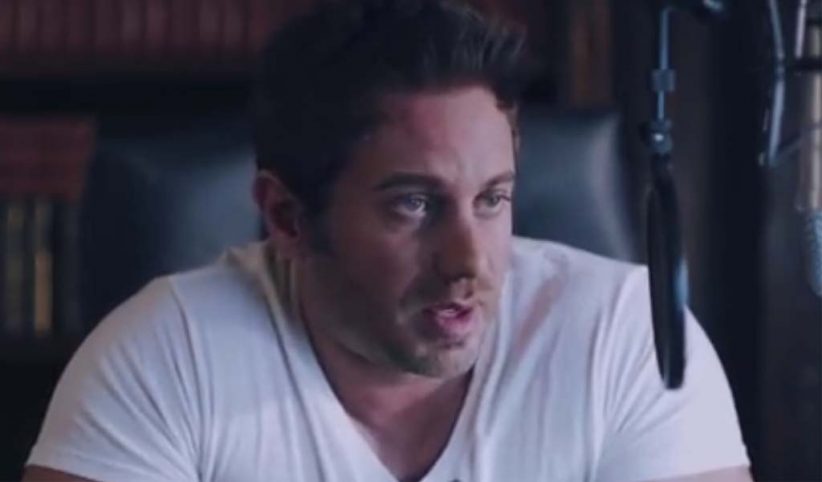 For the past several weeks, filmmaker Jonny Bravo has hyped up his documentary to the moon and back. On his Instagram posts, Bravo targeted one specific individual to “sell” his documentary, his number one villain: WWE Superstar Roman Reigns.

Many were skeptical about it. His Instagram posts were filled with comments from nonbelievers. Some gave him the benefit of the doubt and waited to see the documentary before commenting. Including myself.

The thought of Roman Reigns being implicated with hard evidence with just a month leading up to WrestleMania would have been a news of epic proportions. Reigns is the face of WWE. He’s the man who is set to take the Universal title away from the evil Brock Lesnar. WWE would have had no option but to act, take off Reigns from the card and basically destroy the main event.

Roman Reigns has already one Wellness suspension to his name from June 2016. He was suspended for 30 days, and lost the WWE title at the Money In The Bank pay-per-view just two days before he was sent home. “I apologize to my family, friends and fans for my mistake in violating WWE’s wellness policy. No excuses. I own it,” he wrote on Twitter at the time. WWE never said what Reigns was popped for.

When the original story broke, Roman Reigns quickly acted and disassociated himself from the whole mess. “I have never heard of Richard Rodriguez or Wellness Fitness Nutrition. I learned from the mistake I made nearly two years ago and paid the penalty for it. Since then, I’ve passed 11 tests as part of WWE’s independent drug testing program,” he said in a statement posted on Twitter on January 18. That was the only time he addressed the situation.

On February 19, Jonny Bravo posted on his Instagram a photo of Roman Reigns with the words, “The evidence of Roman Reigns and the story behind his involvement with WFN and Richard Rodriguez.” He added that Reigns denied knowing WFN or Rodriguez however his contact record has been found on the laptop that was originally seized by the DEA which Bravo now had in his possession.

A few days later, Bravo continued to target Reigns, saying that it appears that the drug test failed by Reigns in June 2016 was directly as a result of orders placed with WFN. “My platform is not a platform based upon rumors. Everything released or stated is based upon 100% facts that have thoroughly investigated and verified by the appropriate sources,” Bravo wrote.

On February 25, Bravo had already started to cover himself by writing that the orders Reigns placed with WFN were done under different aliases and that there are “10’s of thousands of orders” that he is carefully going through.

Three days later, Bravo went all in again. “The report will contain not only the evidence on Reigns, but all former and current WWE stars and their connections with WFN.” That was a bold statement. A statement that required 110% hard, solid evidence to be believed.

Unfortunately for Bravo, that evidence was nothing but smoke.

Towards the closing moments of his so-called evidence documentary, Bravo pretty much shot himself in the foot.

“You know, my job as a journalist, reporter, and filmmaker, is to confirm the statements that you make through the evidence I receive,” Bravo tells Rodriguez while on the phone with him. “Up to this point, each and every person you have named I have been given evidence for, however, some of the evidence that I need in order to be a 110% accurate with my findings…I’m still waiting for.”

Bravo goes on to say that without that key information, the cases against Mark Wahlberg and Roman Reigns cannot be verified. Bravo then mentions the late Johnny Cochran and his famous quote at the O.J. Simpson trial which goes, “If the glove doesn’t fit, you must acquit.” Bravo tells Rodriguez that you have to prove somebody without a reasonable doubt in order to implicate.

“As far as Roman Reigns, since his orders were placed under an alias, it’s impossible for me to cross reference his orders without seeing the communication you had with him through text messages,” Bravo tells Rodriguez.

Are you confused yet? Because you should be. Bravo, for weeks, alluded that he had concrete evidence against Roman Reigns. He uploaded several Instagram posts that suggested the evidence he has against Reigns was going to be so big that it will expose WWE’s drug testing program. But even he knew he had nothing. No evidence whatsoever on the laptop. Nothing.

After he released the documentary, Bravo was pretty much crucified in the comments on the YouTube page, and rightfully so.

Replying to the comments, Bravo repeated the statement that there is evidence, writing it in all caps for emphasis, against Reigns but he’s not ready to release it without “key texts to match the orders.” Those key texts might never arrive and at this point, Bravo cried wolf one too many times to be believed again.

Bravo told his viewers that he was going away from YouTube for a while to “focus more on the WFN film and other feature film opportunities” that he has been given.

Hopefully those new feature film opportunities do not include the need of investigative journalism!