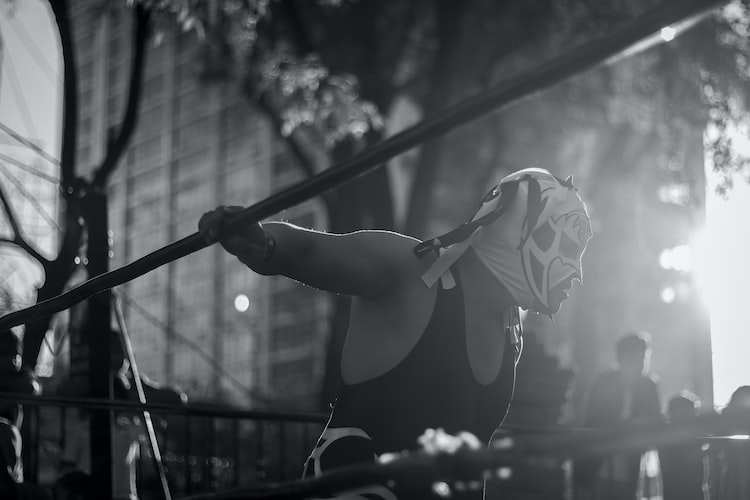 Professional wrestling is a sport that revolves around making bigger and bigger events with unforgettable moments. This can be a hard act to keep up with, but somehow organizations like the WWE have managed to blow our minds year after year. While it may seem like we’ve seen it all so far, rest assured the best days are still ahead for pro wrestling. Looking back, here are some of the most memorable moments in pro wrestling over the last decade.

The 25th anniversary of RAW in January 2018 was a star-studded affair that will not be forgotten anytime soon. One of the highlights of the event was the rambunctious poker game that took place in the back room featuring stars like JBL, Rob Simmons, The Million Dollar Man, Jeff Hardy, MVP and half a dozen others. The back and forth comments and insults were enjoyable for fans, and a memorable moment showed Heath Slater going toe-to-toe with Natalya.

With a big pot in the middle, Slater laid down his cards exclaiming “BOOM A STRAIGHT!” For a moment he thought he had won, right before Natalya came over the top with a flush, showing she had one of the strongest outcomes possible. The event fueled some in-ring feuds, but more than anything this moment showed us something that the organization had been missing. Backstage antics and showcasing the “lives” of the wrestlers when they aren’t in the ring had been absent from the pro-wrestling storylines for some time. This moment felt like something from the golden years of the sport.

Every WrestleMania event is hyped up to be the greatest event in pro wrestling history. Some may miss the mark, but WrestleMania 30 did not disappoint by any means. The star-studded event showcased a wide range of wrestlers, new and old, going all-out. In one evening we saw John Cena defeat Bray Wyatt, as well as Daniel Bryan defeat Triple H, before he went on to beat Randy Orton and Batista in the main event, claiming the WWE Championship for himself.

There were so many great highlights that were forgotten in the mayhem of WrestleMania 30, like The Shield vs Kane. One moment that cannot be overlooked is when we got to see The Rock, Steve Austin and Hulk Hogan all share the ring together for the first time. The most stunning aspect of the entire event however, is coming up next.

The Undertaker’s Winning Streak is Broken

The Undertaker is one of the most popular and successful professional wrestlers of all time. He helped define a generation and shape the WWE into what it is today. Most fans assumed that his 21-year undefeated WrestleMania streak would remain unbroken until his eventual retirement. CEO Vince McMahon is an insatiable man however, and he eventually sensed an opportunity to generate some buzz that he could use to launch other stars.

WrestleMania 30 would see the big man defeated by rival wrestler and UFC star Brock Lesnar, which in turn helped launch Lesnar in the WWE. This was certainly one of the most shocking moments in recent history and fans are still arguing about this event to date.

2019 was the official year that the NXT brand took off. Instead of being a pre-recorded show, it is now broadcast live on USA network. As the third WWE brand behind SmackDown and RAW, we were unsure what to make of NXT at first. Now we can see how much the organization is putting into its side project and NXT has begun to pick up steam. As time goes on, look for bigger events from NXT and more recognizable stars heading down to help bolster NXT’s reputation. Recently, wrestling legend Triple H has suggested that NXT will be used to bring in a new wave of female talent.

One of the biggest changes in the WWE over the last decade has been the clear push of female wrestling talent. These athletes have always been few and far between and, in an effort to appeal to a wider fanbase, this trend was always on the horizon for the organization.

WrestleMania 35 finally signaled that female wrestling has fully arrived, with the first all-female main event going down a storm. This evening saw Becky Lynch, Charlotte Flair and newcomer Ronda Rousey face off. With Flair as the SmackDown Women’s champion and Rousey as the RAW Women’s Champion, Lynch defeated both in a winner-takes-all scenario to become a two-division champion. This was a big moment for the promotion and fans have been invested in this new element ever since.

Two members, or better yet, former members of Retribution have been given a ticket to move to Smackdown according...

Wrestling and eSports – a good combination?

Will we see a Wrestling eSports League?Wrestling is always on the lookout for new opportunities, and the rise of...

WWE 24: The Miz debuts this Sunday on the WWE Network

WWE 24: The Miz will premiere this Sunday on the WWE Network, the latest episode from the highly-regarded series...