Wrestling fans around the world have already marked the calendar. September 5:th is when the All Elite Wrestling (AEW) pay-per-view event All Out 2020 takes off. It is the second event in the chronology, after the incredibly successful All Out 2019, and the 2020 edition is one of the most highly anticipated PPV wrestling events of the entire year. The majority of the fights are still to be announced, but rumours are circulating, and we do have some predictions for you. And the main card for the evening is sure to be a slammer!

It has finally become time for a AEW World Championship title shot. This time MJF, Maxwell Jacob Friedman, will be taking on the reigning champion Jon Moxley. The highly anticipated fight is sure to be one for the ages, and fans of wrestling and online betting around the world have their Revolut cards ready for placing bets, and are already speculating all kinds of results and surprises.

The singles fight for the AEW World Championship is highly anticipated. Since claiming the title from Chris Jerico, Moxley has defended it with tooth and claw from a myriad of challengers, including Allin, Cage, Lee and Hager. But he is yet to face such a formidable opponent as the newest number one contender; former MLW tag team champion, inaugural middleweight champion, CZW world heavyweight champion and two time CZW Wired champion MJF.

The 24-year old MJF is out for blood, with eyes on the prize. And the 34-year old Moxley will have a tough time defending his title. But if there is anyone who can do it, the current AEW and NJPW world champion and former WWE championship winner is surely up for the task!

Unofficial and very likely fights for the evening 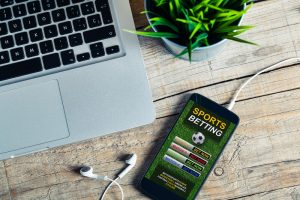 There are quite a few interesting stories going on at the AEW, and many of them hints for some really good wrestling coming up in September. The tag team champions Hangman Page and Kenny Omega have their on and off thing going on with the Young Bucks, and let’s not forget the Dark Order and The Revival. There have been a lot of trash talk and rumours regarding the four tag teams, and we would not be surprised to see a title match for the tag team championship. Maybe even a four-way fight is on the ropes!

Britt Baker had to be removed from the AEW Double or Nothing event in May due to injury, and if she is ready to get back in the ring in September we might finally get to see her take on Big Swole, who is finally welcome back to AEW after the dumpster incident.

High profile fighters Cassidy and Jericho may be seeing another match during the All Out 2020, as their fights are always crowd favourites. Some other possible fights may include fighters such as Zack Ryder, Matt Cardona, Darby Allin and Ricky Starks. There are also quite a few tag team possibilities. We will know more as the event draws nearer.