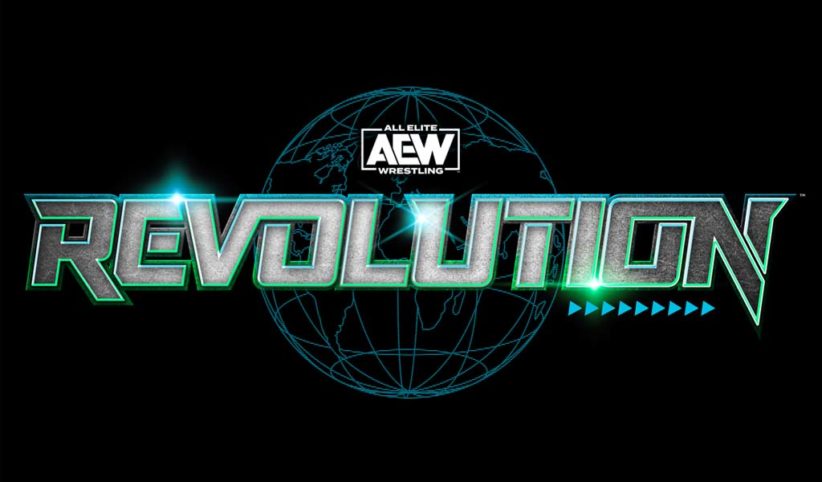 HELLO everybody! It’s @TheMagnumDA here for the FINAL ROUND of the Three Stages of Pick’em Hell!

Colin and I are tied at 1 show apiece – he won NXT TakeOver Portland, and I scooped up WWE Super ShowDown thanks to The Undertaker stealing the Gauntlet Match from AJ Styles! Oh, plus that little Goldberg thing that happened…so that brings us to TONIGHT. AEW Revolution…and we’re not wasting any time. We’re starting straight from the top of the card. The winner of THIS contest will walk away the WOPC Undisputed Champion, and head right into WrestleMania as the defending titleholder.

ON WITH THE PICKS!

Magnum: Fozzy is going on tour…Jericho’s title reign is close to six months…all the signs are there for Jericho to finally pass the torch. But…not so fast. 🙂 Moxley made a lot of enemies on his quest to get to Chris Jericho, so it’s only fitting that someone costs Moxley his shot at the gold. Jericho retains.

Colin: I think there will be a new AEW World champion by the time the night is over. Jericho has been awesome as a champion and the guy can reinvent himself in a million ways but it’s time to make way for Mox to reign supreme.

MJF (with Wardlow) vs. Cody (with Arn Anderson)

Magnum: In my mind, I see a scenario playing out where Wardlow destroys Arn, and helps MJF get the win. I could also see Arn “accidentally” dropping Cody with a chair or a tire iron. Either way, MJF is going to slither his way to another victory.

Colin: The whole lashing thing on television was awesome. Too bad it wasn’t in Saudi LOL! I love this feud and for it to continue, the heel has to win this one somehow. Doesn’t matter if he cheats. MJF wins and a big return match at DoN.

Magnum: This thing is going to spill over tonight. Pun definitely intended! I think Page is going to sabotage Omega and somehow cost his team the championships. The Young Bucks have been patient, but the time has finally come. New Champions!

Colin: Hoping Page turns on Omega here. It’s always risky giving the AEW EVPs the titles because we all know how fans hate people in power to be champions. The Young Bucks to win the titles here.

Colin: I really would like Dustin to win here but I have a feeling that as long as Hager remains undefeated in MMA, he will remain undefeated in AEW. Makes sense too. Hager wins.

Magnum: I am very much looking forward to this match. These are two young stars who have received a lot of TV time, and well deserved. I’m really digging Darby, though. I’ll take him to win tonight.

Colin: Two of AEW’s youngest stars and I think and hope they will steal the show. Both of them are good but which one needs a win more than the other? I predict Darby Allin wins.

Magnum: The piece with Statlander during the AEW Revolution preview show was hilarious. Tony Schiavone’s bit from that segment was worth the price of admission alone. Unfortunately, for Kris…that’s where the fun ends. Nyla Rose is a destructive force. She’s not going anywhere. Nyla retains.

Colin: Nyla just won the title so there’s no way they will take it away from her this early. #AndStill

Magnum: Pac is freaking fantastic. Watching him evolve into “The Bastard” is a true joy to watch. The guy’s got a world of talent. Orange Cassidy, on the other hand…? Cool gimmick, bro. Pac destroys this lad.

Colin: I don’t get Orange Cassidy to be honest. Don’t ask. Just on that, I’m giving Pac the win. I still can’t believe WWE blew it with him when he was there.

Magnum: Tonight is where the Dark Order will finally regain any momentum lost from before. If the rumors are true about Matt Hardy, then I wouldn’t be surprised if their trajectory shifts upwards tonight. Give me the Dark Order to win and make a statement.

Colin: I would imagine that with their leader soon to be revealed, the Dark Order will be having some kind of momentum. That ending on Dynamite with them in the main event a few months ago was hideous, but we’ll file that under the “everyone has a night off” category. The Dark Order wins.

There you have it fans! THE THREE STAGES OF PICK’EM HELL ENDS HERE. Enjoy the show tonight! We’ll see you at the ELIMINATION CHAMBER. @TheMagnumDA signing off!

March 25 episode of Dynamite to feature Blood and Guts match