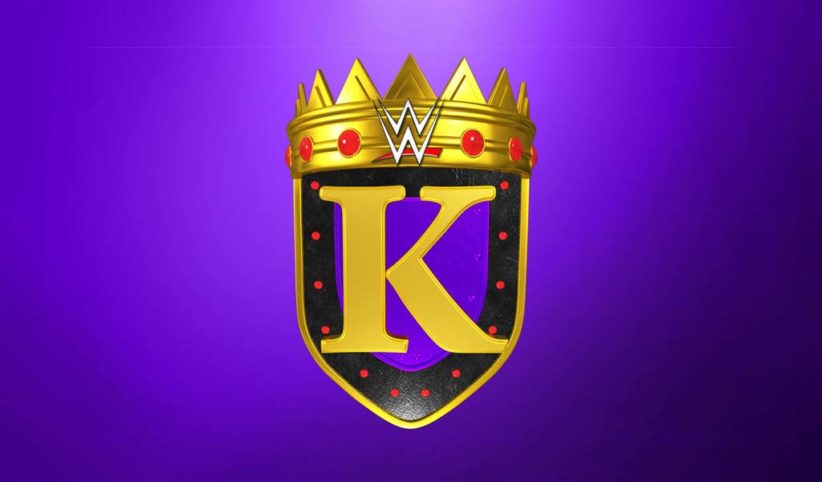 Hail to the King, baby! It’s @TheMagnumDA and tonight, I am going to challenge our very own Colin Vassallo as we try to determine who the next KING OF THE RING will be. This will be a competition to determine the King of the Pick’ems! We’ll be breaking it down by rounds – 1 point for every correct 1st round pick, 2 points for correct 2nd round picks, etc. The participant with the most points will become the undisputed KING of the Pick’ems.

ROUND 1 – ONE POINT PER CORRECT PICK

Colin: Hm, I really like Cesaro, I think he should have a good singles push. I predict an upset tonight, Cesaro wins.

Magnum: I’m going to have to take Samoa Joe here. Although he made his intentions perfectly clear to the fans last week, I still think he’s going to have some support as we move into the next round. JOE! JOE! JOE!

Colin: Talk about a mismatch! Ricochet should go back to NXT as his talent on Raw is completely wasted. Drew wins.

Magnum: You know, as weird as it sounds…this match reminds me of Jericho vs. Angle from KOTR 2000 – whoever wins this one is going to go all the way. Unfortunately, for the former Prince Puma…there is no ascension to the throne. Drew wins.

Colin: Sami has not been used properly lately but I think he’ll get this one over Cedric.

Magnum: Once again, Colin and I are not seeing eye-to-eye. This is not necessarily a bad thing! I am going to roll with Cedric Alexander on this one – Sami’s in the doghouse and I don’t think he’s going to be out of it any time soon.

The Miz vs Baron Corbin

Colin: Get. Corbin. Off. My. Screen. Jesus! I never really liked him anyway. Give me The Miz for the W.

Magnum: This one’s weird…because at first glance, I don’t see Corbin setting the world on fire when he returns to TV. At the same time, I don’t see the Miz vs. Cedric happening in the second round – so just this once, give me Baron Corbin.

Colin: Ah, Kevin Owens has been like reborn lately. Love what he’s doing…even though he blocked me on Twitter. And I don’t know why. Why, Kevin, why? I predict you will win though.

Magnum: Ha ha, Colin got Twitter-blocked by KO! I can happily say that KO has not blocked me on said Twitter, although I’m sure that’s likely to change sometime soon. Anyways, Elias is nothing more than a foot soldier for Shane these days, but at the same time…KO vs. Drew (as a final) just seems way, way too obvious. I don’t think they’d have KO go all the way just to book him as a loser in the finals. Give me Elias in a shocking upset here.

Colin: Dude, Buddy Murphy really impressed me against Roman Reigns. That was quite the surprise. The dude can really go. So just for that, I’m giving him the win here.

Magnum: I totally echo Colin’s sentiments here – Buddy Murphy’s stock soared last week after the Reigns match, and that momentum could definitely continue into the next round. If nothing else, I’d take Buddy in the hopes of getting a KO/Buddy second round matchup…that is, if I picked KO. Since I’m not rolling with KO, I’m going to take Ali.

Colin: Interesting matchup. Who would benefit more of a win here? I’m going with Chad Gable.

Magnum: After seeing those Shelton Benjamin vignettes/interviews (where he’s distracted by a fly), I’m going to assume that Creative has absolutely nothing for him. With that in mind, give me Gable in a mild upset here. Should be technically sound – these are two of the very best.

Colin: Apollo Crews is another one of those NXT stars who really faded away once he moved to the main roster. He had so much potential…but nothing really going for him. And Andrade, on the other hand, is hitting all the right spots. Andrade wins.

Magnum: This is probably obvious to astute readers, but the heel/face balance in a Tournament Bracket is key for sustained pick’em success. That’s why I picked Baron to beat The Miz in the first round, for example – While it’s possible to have faces square off in the quarterfinals, I just don’t see Miz and Cedric (two faces) happening. Same deal here – I don’t see Gable vs. Crews happening, but I could definitely see Gable vs. Andrade as a second-round matchup. Give me Andrade!

Cesaro vs. Drew McIntyre – I’m really thinking McIntyre is going to go all the way with this one. Drew wins.

Sami Zayn vs. The Miz – I’m starting to like The Miz as a face. It’s amazing how far he came from the Tough Enough days. Miz wins and advances.

Chad Gable vs. Andrade – No way Gable goes over in this one, give me Andrade for the win.

Samoa Joe vs. Drew McIntyre – This one goes against my Bracketology Theory (heel vs. heel), but then again the same would be true if it was Cesaro vs. Drew. I think this will be a bruising, all-out affair. In the end, Drew comes one step closer to the crown.

Cedric Alexander vs. Baron Corbin – I really think this will be a showcase for Cedric to get another huge win over a much larger opponent. In fact, the last time that happened…that larger opponent happened to be Drew McIntyre…so it sounds like they’re setting up this Raw semifinal quite nicely. Give me Cedric to advance.

Elias vs. Ali – This one is a stunner to most, I’m sure (no pun intended, KO – please don’t block me on Twitter). Most people would assume that KO would run roughshod through Elias, Buddy Murphy, and Andrade to get to the final, and I just don’t see eye-to-eye with that logic. That’s why I’m running with this match, and I’m running with Ali to score another big victory and get one step closer.

Chad Gable vs. Andrade – Hey, finally a match that both Colin and I predicted! In fact, he and I also agree that Andrade will make it to the Final Four. Andrade advances.

Kevin Owens vs. Andrade – Great match in my book. But if there’s a heel on Raw side in the final, we need a face, so Kevin Owens wins.

Drew McIntyre vs. Cedric Alexander – I knew, when Cedric pinned Drew in that massive, massive upset earlier in the summer…Drew was somehow going to get this win back. I wasn’t sure how the stage would be set for that rematch, but this seems like the right opportunity for Drew to get that win back. Drew is one step away from the Celtic Kingdom.

Ali vs. Andrade – What an INCREDIBLE match this will be. I have no doubt in my mind that Ali will get the chance he deserved back at the Elimination Chamber – Ali shocks the world and gets to the finals!

FINAL ROUND – FOUR POINTS TO PICK THE WINNER!

All hail the King of Scotland. Hopefully, he won’t go running around with the silly cape, crown, and scepter. DREW WINS!

I can’t disagree with Colin here. This will be another fabulous match, similar in style to Drew vs. Cedric, in many respects. With this victory, Drew can now hail himself as The King of the Celts. All hail the new King of the Ring!

Alright fans, we hope you enjoy the King of the Ring! Let us know your picks during upcoming broadcasts – @TheMagnumDA with the hashtag #KOTR. THERE CAN BE ONLY ONE KING OF THE PICK’EMs….who will it be? We’ll find out starting tonight!

The Undertaker advertised for MSG Smackdown next month