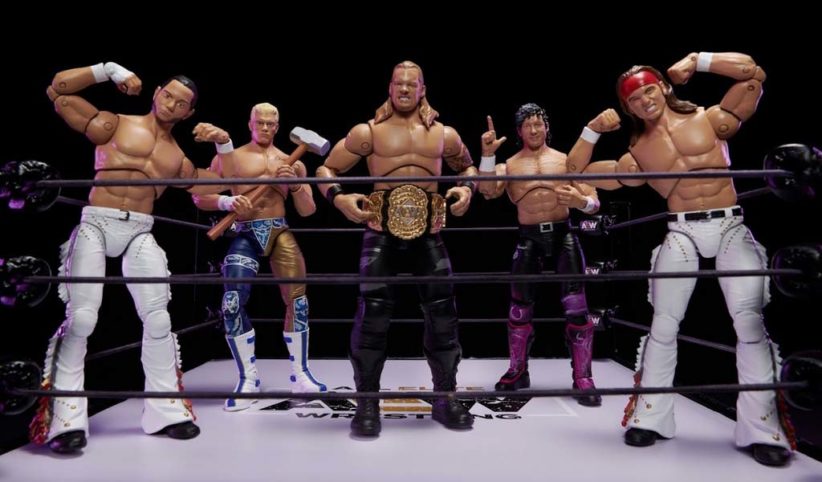 The brand new AEW Unrivaled series 1 action figures are up for pre-order on RingsideCollectibles.com.

Those figures available for pre-order are of Cody, Kenny Omega, Chris Jericho, Matt Jackson, Nick Jackson, and Brandi Rhodes. The price is of $24.99 each and you can also get a set of The Young Bucks for $47.99.

These toys will ship in mid-August.

Jim Cornette explodes in profanity-filled tirade against Lynch getting pregnant