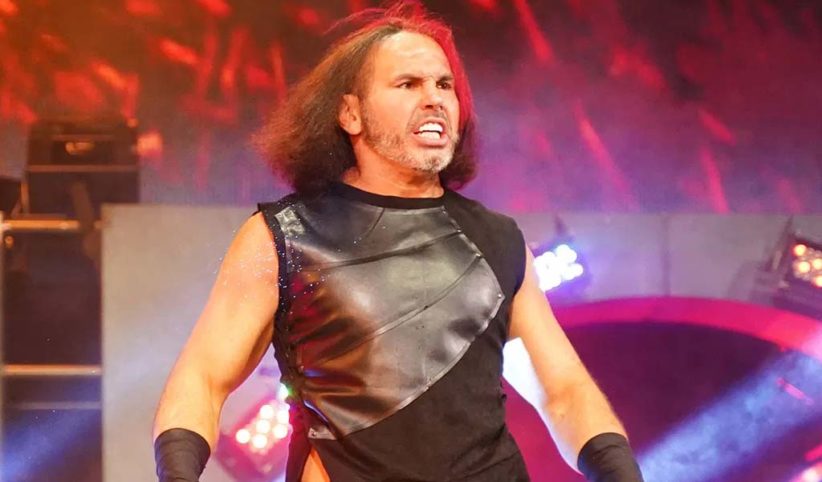 Matt Hardy was at Dynamite last night to address his injury from All Out and cut a promo in the middle of the ring in front of fans for the first time since his arrival earlier this year.

Matt said that the outpouring of love and support was overwhelming, humbling, and mind blowing and thanked everyone for caring.

He said that after several tests, doctors expect him to make a 100% full recovery. “I will take being the luckiest man alive,” Matt said, adding that he’s lucky because he has a beautiful family and a supporting wife, pointing out to Reby in the stands.

Matt apologized to fans and family for putting them through everything last Saturday and said the match wasn’t what it was supposed to be but it’s now time to get healthy.

He said when he’s cleared again to compete, he’s going to chase for the AEW World title. “My journey is not over,” he said, putting over the fans once again.