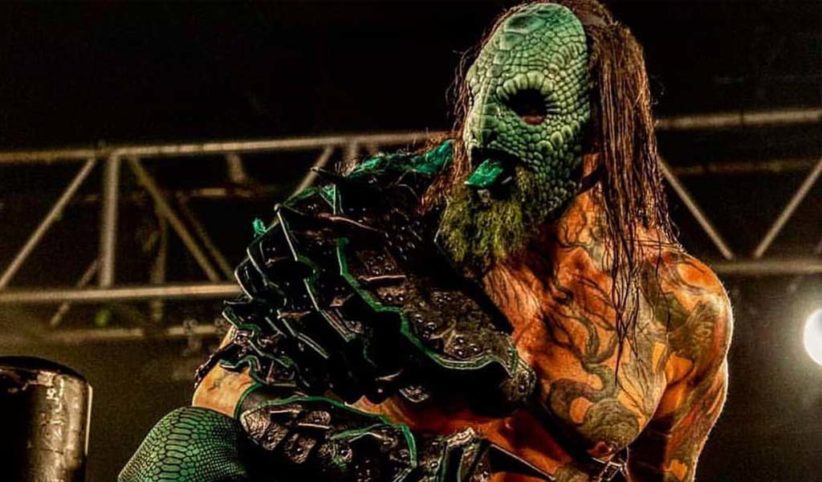 AEW announced the signing of Luchasaurus, the man formerly known as Vibora in Lucha Underground and Judas Devlin in NXT.

The 34-year-old California native was part of the Casino Battle Royale during the Double or Nothing pre-show and was eliminated by the eventual winner Adam Page after making it to the final four.

Real name Austin Matelson, he was signed to a WWE developmental deal in 2012 and lasted there through 2014 before joining Lucha Underground under a mask. He is a former LU Trios champion.

He was also a contestant in the 17th season of Big Brother and was evicted during the 12th week, placing fifth.