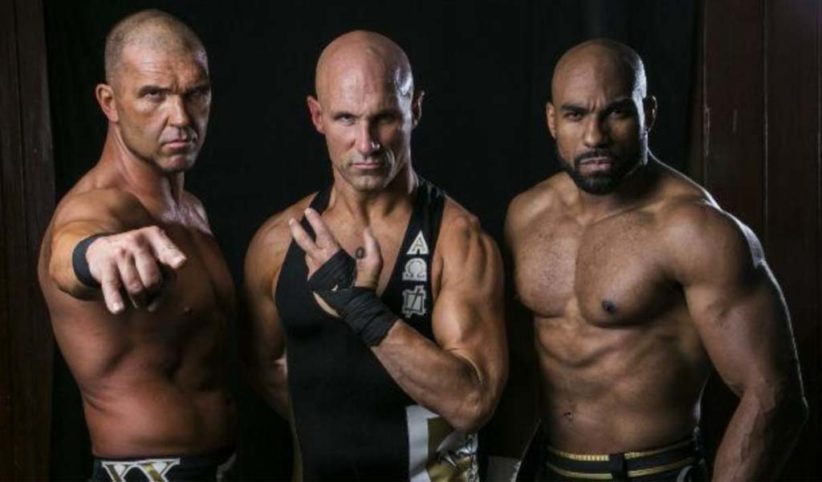 Frankie Kazarian and Scorpio Sky, two thirds of SCU, became the inaugural AEW World Tag Team champions last night on Dynamite after they defeated The Lucha Bros in the final match of the tournament.

SCU went through Best Friends and then The Dark Order to reach the finals while The Lucha Bros had to beat Jurassic Express and Private Party before losing to SCU in the finals.

Scorpio Sky wasn’t originally supposed to be part of the tournament but eventually replaced Christopher Daniels in the team before the tournament started due to an injury.

AEW had announced that WWE Hall of Famers The Rock ‘n’ Roll Express would present the winners with the AEW Tag Team titles but the legendary tag team were attacked by Santana and Ortiz earlier in the broadcast which resulted with Ricky Morton taking a powerbomb from the stage.